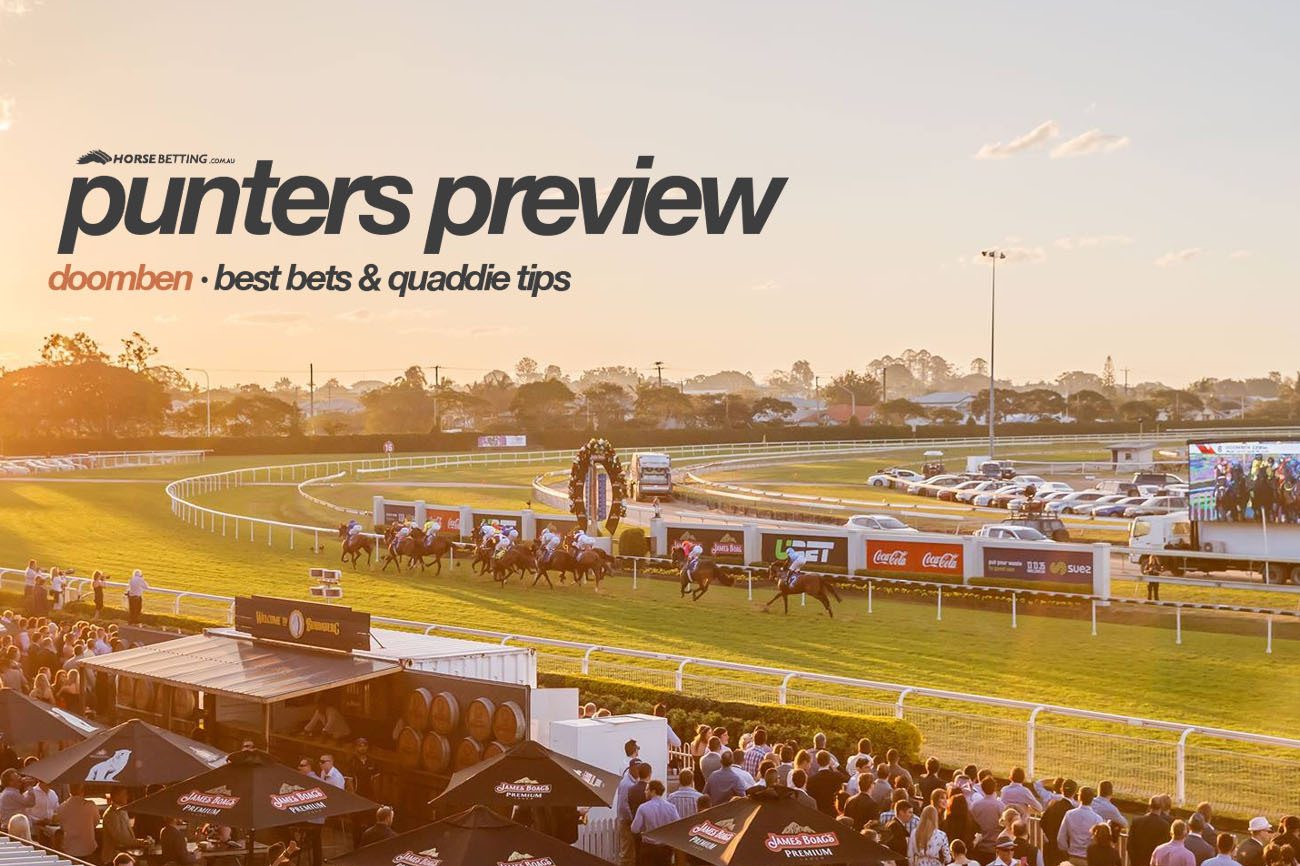 Listed racing returns to Queensland this Saturday, with the running of the Tattersall’s Member’s Cup the feature race on a nine-race card at Doomben. HorseBetting’s Queensland form analyst presents you with his best bets, value bet and quaddie numbers for the metropolitan meeting. With plenty of rain around in South-East Queensland, the track is rated a Heavy 10, while the rail is out 1m for the entire course. Racing will be underway at 12:08pm AEST, with the Member’s Cup scheduled for 2:37pm.

In Saturday’s feature, Chris Anderson saddles up the in-form Profit, who is now searching for three-straight wins. The five-year-old son of Dundeel put his rivals to the sword at the Sunshine Coast on January 29, before winning in similar style at this track and distance on February 12. Profit has been notoriously hard to catch throughout his career, despite winning seven races, however he seems to have now found his grade and he is loving his racing. Kyle Wilson-Taylor has ridden the gelding in his past two wins and he has ridden him well both times, so he stays with the horse on Saturday which is an advantage. Profit will have to jump from the outside alley, but it is only an eight-horse field, so he shouldn’t be too far away and can now win again.

We love this horse, and to be honest, we have every reason to. The Steven O’Dea & Matthew Hoysted-trained five-year-old has won six from 11, and is now looking to make it four-straight wins in what is his first run for 2022. This horse was racing in brilliant form during the spring, defeating Gogol at his most recent start, and that form has been franked a few times during the summer. Jaden Lloyd rode the entire at his past two wins and he stays in the saddle on Saturday, so that is a big plus, as is his 2kg claim. Contemptuous is in a tough race on Saturday, but with only 52.5kg on his back from barrier nine, he should be able to win once more. This horse flies fresh and loves this track and distance.

Tony Gollan and Ben Thompson combine with Knight Mariner, who earnt his way into our blackbook in last week’s edition of The Follow Files. The five-year-old gelding was first-up in roughly 18 months in a very similar race on February 12 at this track over 1350m, but he just never got a fair crack at them in the straight, before bursting through when it was all over to run fourth. The son of Tavistock now rises to 1600m which is going to suit, while the heavy track should be to his liking. In this gallopers last run before his injury-induced break, Knight Mariner went down narrowly to Wapiti in the Group 3 Winx Guineas over 1600m on a Heavy 8 track, so a repeat of that effort should see him winning a race like this. He will get a great run from barrier six under Ben Thompson, and we expect him to make this win three at start eight.

Chris Waller has to be respected wherever he takes his horses, but when one pops up in a Benchmark 72 at Doomben at big odds, we pay even more attention. Rules Don’t Apply has always been a bit of an interesting mare – she has won four starts, all of which came in New South Wales, but she has now been a little while between drinks. The five-year-old daughter of Dissident has been racing well at metropolitan level in Sydney without winning, with her most recent run coming over 1800m on the Kensington track at the start of the month. Main Stage finished second in that race, and he has since won by three lengths at metro level, franking the form, while the horse who ran third has since run second at Canterbury. Rules Don’t Apply drops back to 1600m where she has won three races, and finds herself on a rain-affected track which should be to her liking. Drawn out in barrier 13, Mark Du Plessis will have this mare in the second half of the field, and hopefully she can come into the race on the turn and give us a sight at big odds.