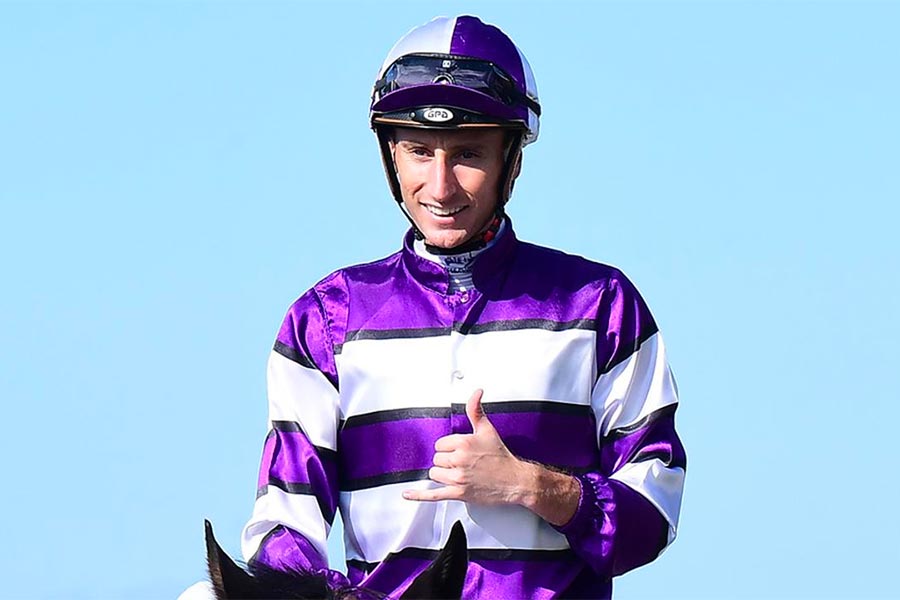 Luke Dittman has partnered Release The Beans at his last two starts and will look to make it a hat-trick of wins when they pair up again at Eagle Farm this Saturday.

The son of Spill The Beans has won three of his four career starts, with his most recent victory being a career peak at Doomben on August 7 in a similar race to what he faces this weekend.

“I was actually more impressed with his run last week than when I won on him the start before,” Dittman told HorseBetting.com.au.

“He obviously faced a pretty smart horse (Hamlet Von Snitzel) and they went quick and I knew Rob (Heathcote) had him fit so I sort of pressed the leader early and he was actually running away with it at the finish which was good.

“Whereas the other day (July 17), he sort of fell in. I know he had to be tough when he won that day too, but he only just made a job of it, whereas he was convincing the other day (August 7).

Release The Beans will have a chance at revenge against Jumbo Goal, who stopped him from being unbeaten after his first four starts.

Given the 6kg weight swing in that horse’s favour, Dittman believes he is the one to beat again.

“You’d think so and obviously the claim off him (Jumbo Goal) as well makes it even harder,” he said.

“But he’s tough (Release The Beans), Rob has got him fit, he’s won with the weight before, I know there’s a bit of a swing there but I don’t think it’s anything to really be too concerned about.”

Drawn well in barrier four, the Brisbane-based jockey says he expects to be in the first four horses in the run, as is natural with Release The Beans’ racing pattern.

“I wouldn’t be changing his plan,” he said.

“If he bounces out and goes to the front and there’s no speed, I’d be quite happy to lead.

“Otherwise, if he lobs out and he sits one out one back or something like that with a hot tempo I’d be happy as well.

“He’ll be in the first four for sure barring any unforeseen circumstances.”

Dittman does most of his riding for one of Australia’s top trainers, Chris Waller, which is a huge opportunity for the young jockey – especially while he is riding winners.

“It’s unreal. When I first started riding for him, I thought it would be a lot more intense,” he said.

“He knows his racing backwards; you don’t need to tell him when you’ve ridden one good or ridden one bad.

“He’s very professional. There’s been a couple of times where I might not have done my best job and I’ve told him that and he’s straight away said ‘it’s not good enough…’ and you expect that – it’s from the best trainer in the country – but at the same time he’ll turn around on the Saturday and give you two or three favourites.

“I’ve just got to make sure my end of the deal is 100% and up to the point you’re doing everything you can every time you sit on one’s back.

“He’s been a good supporter of me for nearly two years now, so I’m just hoping I can keep him happy and keep riding him winners.”