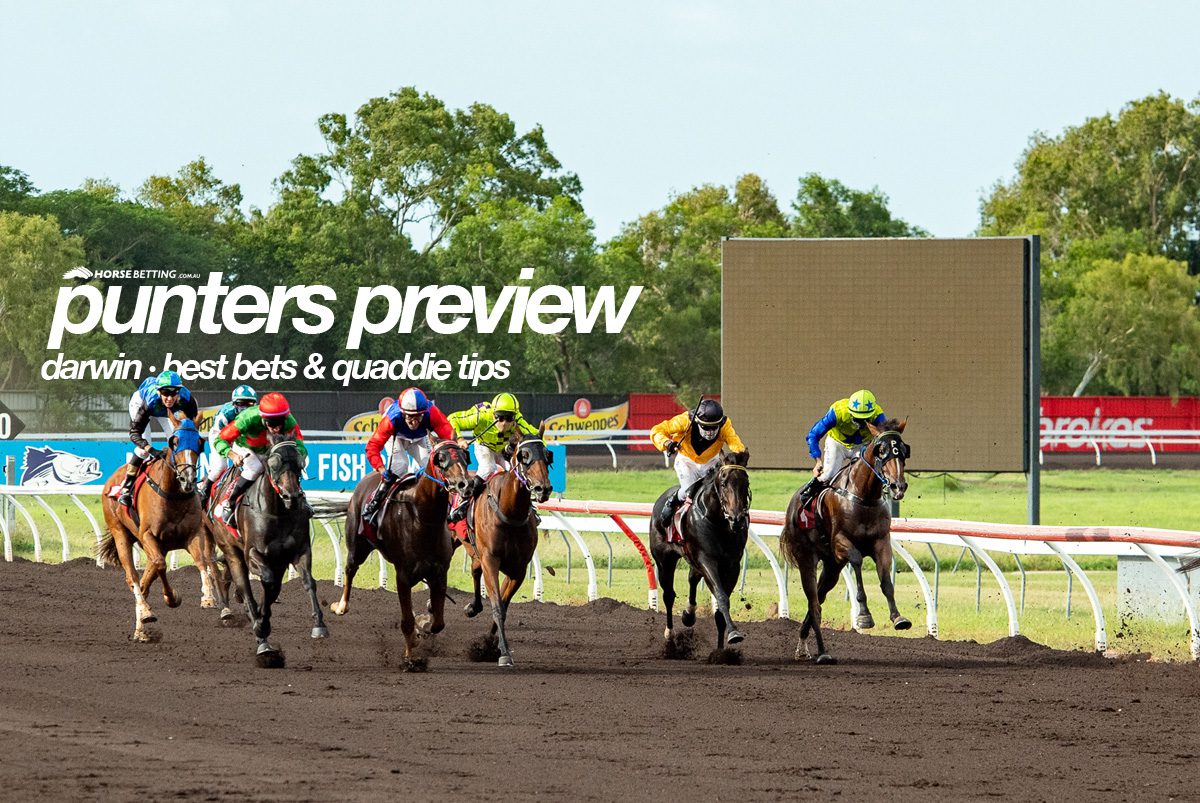 The final day of the 2022 Darwin Cup Carnival will be held Monday, August 1st where 10 races will be run and won. Northern Territory specialist David White brings you the race-by-race betting preview with the top tips. First race is set to start at 12:07pm local time.

Global Winder has won two of his past three races over 1100m (0-64 and 0-70) and there’s nothing to suggest that his current good form won’t continue. Has an ideal gate as well and will likely start favourite with the top Australian betting sites.

Akoni may have cracked his maiden when a comprehensive winner over 1200m on July 9, but he appears to have that special something that suggests that he may have a bright future. Has plenty of speed to burn.

Ideas Man lined up in the Palmerston Sprint on Saturday and if he comes through that unscathed he might prove far too quick for his rivals. A first up second at Darwin in May was followed by three straight wins.

Dataset has made a statement since arriving from Alice Springs with two tough wins over 1600m on July 16 (0-66) and July 23 (0-70). Led throughout on both occasions. Can win, but will have to be at his best.

The Mistral didn’t live up to expectations when he finished third as favourite in his Darwin debut over 1000m (0-58) before producing his best over 1200m (0-58) on July 23. One to beat despite a tricky gate.

Autocratic could not have been more emphatic en route to a four length victory in the Darwin Corporate Park Cup (1300m) on Wednesday. He never looked like losing, so on that display he has to be respected.

Playoffs brought decent Melbourne form to the Top End before taking out the Chief Ministers Cup (1600m) in impressive style on July 9 in his one and only start at Fannie Bay. Living The Dream was just as powerful in his one and only start in Darwin when he cruised to victory in the Metric Mile (1600m) on July 13, so the question remains as to whether or not his outstanding WA record stacks up against Victorian form. Playoffs carries 2kg less than Living The Dream, who has the luxury of jumping from gate four. The markets and form guide suggests that it’s either Playoffs or Living The Dream. At their best I Am The Fox, Gone Bye, Our Destrier, Vallabar and Venting can make a serious impact. Danon Roman, Noir De Rue and Kaonic finished second, third and fourth in last year’s Cup. Trident is capable of anything, while Starouz was a last start second behind Living The Dream. Should be an intriguing race.