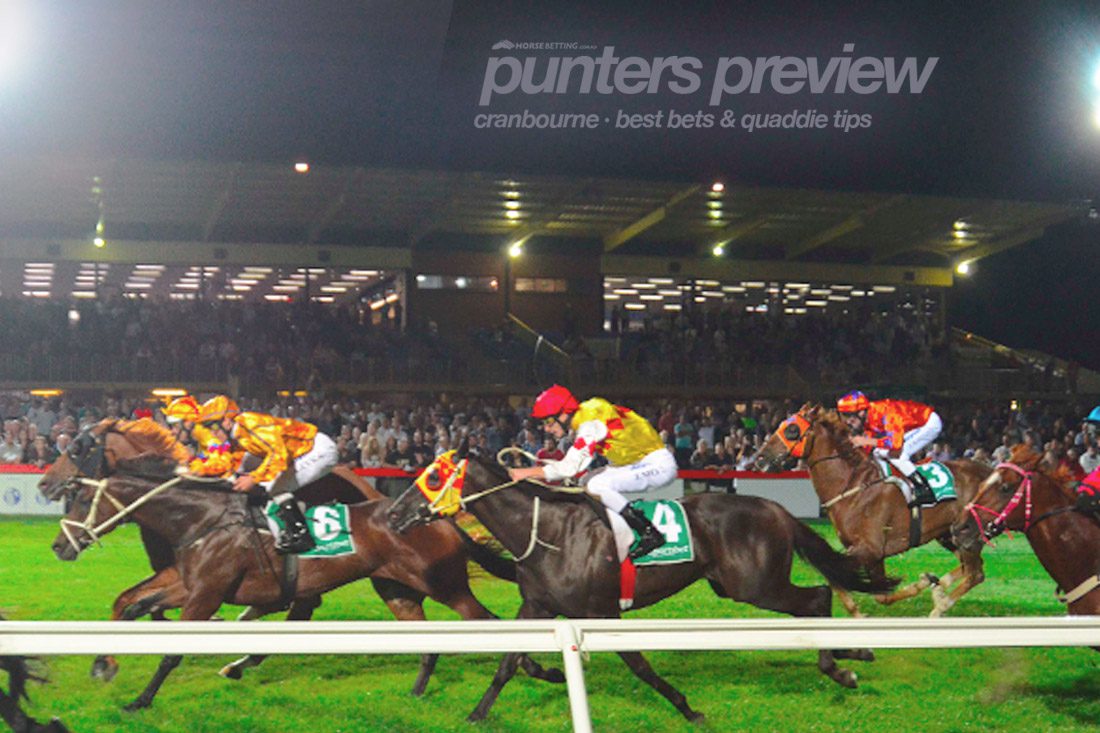 Cranbourne Turf Club is the destination for Friday night racing in Victoria this week, with an eight-race card set down for judgement. With the track rated a Good 4 and the rail out 3m for the entire circuit, HorseBetting’s Victorian form analyst is confident in finding a few winners among the markets on offer with the best online bookmakers. The meeting is set to begin at 5:45pm AEST.

The Lloyd Kennewell-trained Botched is coming off a minor placing at Kilmore over the mile and comes to the Cranbourne 1600m looking to break his maiden at start three. The three-year-old’s effort was quite remarkable considering the leaders basically crawled and to run on strongly from the rear of the field showed us she was a horse worth following at her next start. With a genuine tempo expected this time round, the race looks perfectly set up for a backmarker like Botched to finish over the top of some potentially vulnerable leaders. She’s the filly with most upside in the race and looks a clear best bet of the night.

NEXT BEST AT CRANBOURNE: YOUNG LIAM

Coming off a solid showing in BM90 company last time out, the Michael & Luke Cerchi-trained Young Liam looks one of the better bets of the night in the second leg of the quaddie. Having been held up for a run on the home turn at The Valley last time out, the Exceed And Excel gelding did well to go down by just over a length. The horse who won that race Esta La Roca was beaten under a length by Malkovich and Brooklyn Hustle the start prior at Flemington and those types of form lines stack up perfectly in a race like this. From barrier one, look for Jordan Childs to dictate terms throughout and make this a breakneck speed over the 1000m which will suit Young Liam better than his rivals. With two wins already at the Cranbourne 1000m he should prove too hard to run down.

Since returning from a spell, the Ben & JD Hayes-trained Hinto Blue has been ok without threatening in his two starts this campaign, but this race looks well within his grasp. The five-year-old gelding gets better as his preparation goes on and considering he wasn’t beaten too far when second-up last time in, we’re happy to be with him on Friday night. Having chased home the smart Corkscrew last time out, who is a Stakes level horse, Hinto Blue should find this a touch easier. From barrier three, look for Luke Nolen to find cover around midfield and with a nice turn of foot, we expect Hinto Blue to be too hard to hold out at a nice price.