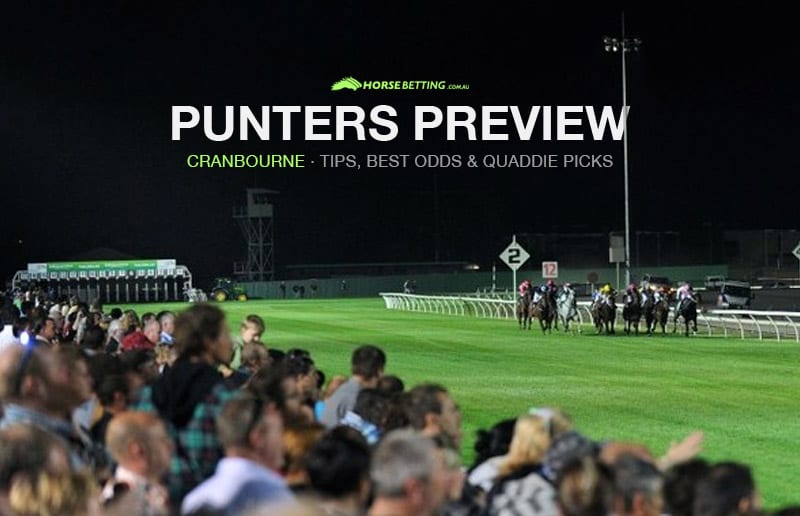 A monster 10-race program is scheduled for Cranbourne Turf Club on Thursday afternoon, and HorseBetting.com.au’s Victorian form expert presents his best bets and quaddie numbers as well as odds from Australia’s top bookmakers. The track is rated a Heavy 8 with the rail out 8m for the entire course, and the meeting is set to get underway at 12pm AEST.

We must wait until the final race on the card for our best bet of the day, when Jason Warren and Dean Krongold saddle up Seb Song. The three-year-old Sebring gelding steps out of a strong form race at Flemington behind Seiners Express, who has since won again. Seb Song finished under a length away from him in second, and we expect that to be the form to follow on Thursday. He won on a Soft 7 over the Cranbourne 1400m earlier in this campaign, and with race fitness on his side the step up to 2060m looks ideal.

Next Best at Cranbourne: Optimizzer

The Nick Ryan-trained Optimizzer comes to the Cranbourne 1300m following a complete forgive first-up run at Mornington on June 14 where he settled no better than four wide without cover. He managed to stick on nicely to be beaten just over 2.5 lengths, but from barrier four on Thursday he should have no issue in finding some protection in the run. Look for Rhys McLeod to use the low draw to his advantage and have the son of Not A Single Doubt close to the speed. Optimizzer has two runner-up finishes from as many starts on Heavy going and is one of the better bets at Cranbourne.

Despite a poor showing at Caulfield on June 26 behind Malkovich, we are happy to forgive Royal Obsession and expect the three-year-old to find herself back in the winner’s stall on Thursday. From barrier three, look for Dean Holland to go forward on the Written Tycoon filly and have her lead the field up as she did in her maiden win at Morphettville on June 12. She looks to be a nice type going forward, and the double-figure quote is too juicy to ignore in the opening leg of the quaddie.