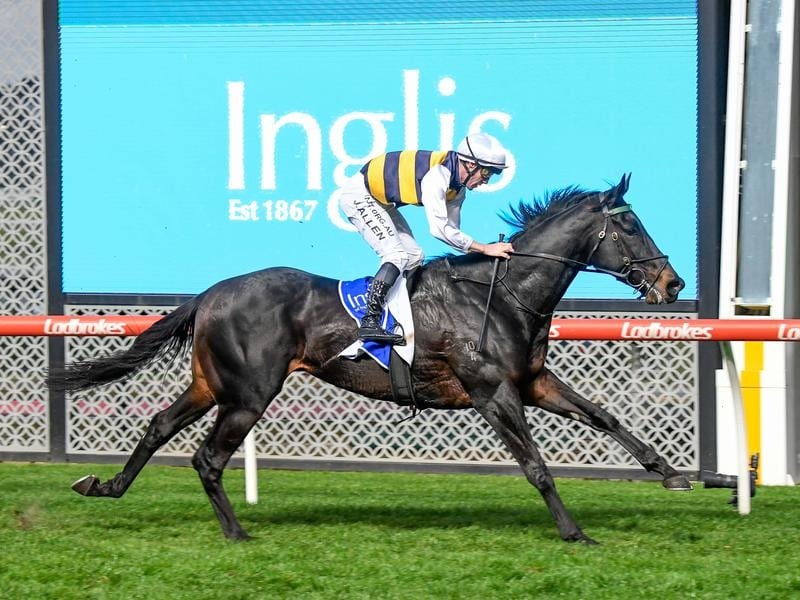 Harbour Views will be on trial for a Cox Plate start when he resumes at The Valley.

Matthew Williams is approaching the Feehan Stakes as a line in the sand run for his smart galloper Harbour Views.

Williams believes everything is in order for Harbour Views to showcase his ability and he will walk away knowing whether the horse is a legitimate Group One spring contender.

The trainer believes he is and, if he’s proven correct, a start in the Cox Plate awaits Harbour Views with the winner of the Feehan getting a golden ticket into the weight-for-age championship.

Williams explained his plan was to have Harbour Views as forward as he could for the Feehan Stakes over 1600 metres at The Valley.

“We’ve spent a long time planning for this hoping to catch a few horses on the way back from a spell and short of their best and I expected the field to have been a little stronger with a Cox Plate berth on the line,” Williams said.

“He’ll strip very forward for this.

“If we’re having a crack at trying to get into the Cox Plate by winning this, it’s the year to do it.

“If they start building momentum that will suit us.

“We’re hoping to find out where he sits. If he’s not up to this level then we can stop planning around Group One races and put him in softer races.”

Williams said he was initially bewildered by Harbour View’s last-start failure when he finished fourth behind Mirimar as a short-priced favourite at Caulfield in June.

“He was vetted up afterwards and he wasn’t lame,” Williams said.

“I thought there might have been a respiratory issue but we had his lungs cleaned and there was nothing there.”

Williams did get an explanation though regarding the tempo of the race.

“Daily Sectionals rang and told me not to be too discouraged. They went so slowly in the race,” Williams said.

“They said the first 1000 metres was run in a time slower than a maiden hurdle at Warrnambool would run and when the leaders sprinted they exploded. There was no chance for him to build up any momentum.”

Harbour Views has won six of his ten starts and when he has lost Williams says there have been excuses for the OTI-owned galloper.

“When he lost in Adelaide three starts ago there was excess mucous in this throat,” he said.

“If he’s up to his best, which I think he is, then he should be in the finish.”