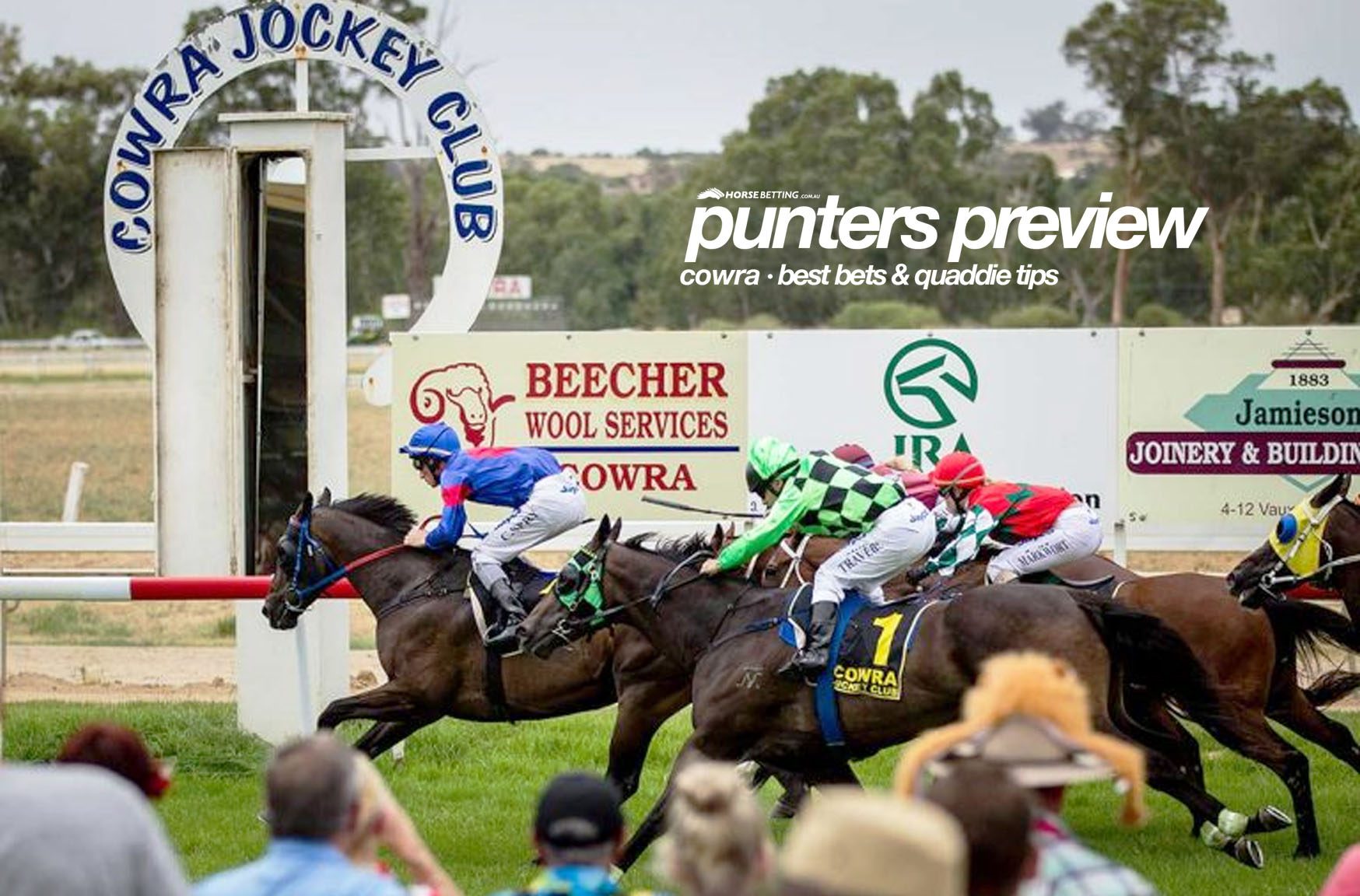 HorseBetting’s New South Wales racing analyst presents his best bets and quaddie numbers for Monday’s seven-race card at Cowra, with odds from the top-ranked online bookmakers. The track is rated a Good 4, the rail is in the true position, and racing is set to get underway at 2:05pm AEDT.

Winning form is good form, so there’s no reason to say that Byzantium can’t make it five on the trot on Monday. The Bob Howe-trained seven-year-old has been pretty dominant in winning his past four starts, rolling along on the speed over short sprint trips, so the 950m should be right up his alley. The son of All Too Hard has had three starts at this track for a win and two placings, while the hard track will be ideal for him. Anthony Cavallo has been in the saddle in eight of the horse’s nine career wins, so he knows him inside and out, which is enough for us to think he can win again.

Three-year-old filly Mystic Flame looks quite well placed in this Benchmark 58 on Monday. The daughter of Divine Prophet went around in a Benchmark 50 in her most recent start, where she finished second with 62kg on her back, so the 5.5kg weight drop to 56.5kg should be a big relief. The Maree Hopkins-trained filly has had 15 starts for two wins and four minor placings, while this will be the first time that she gets out over a bit of a trip in this 1700m affair. Regular rider Michael Heagney does the steering and will look to get the filly in a good spot out of gate nine, from where she should be hard to beat.