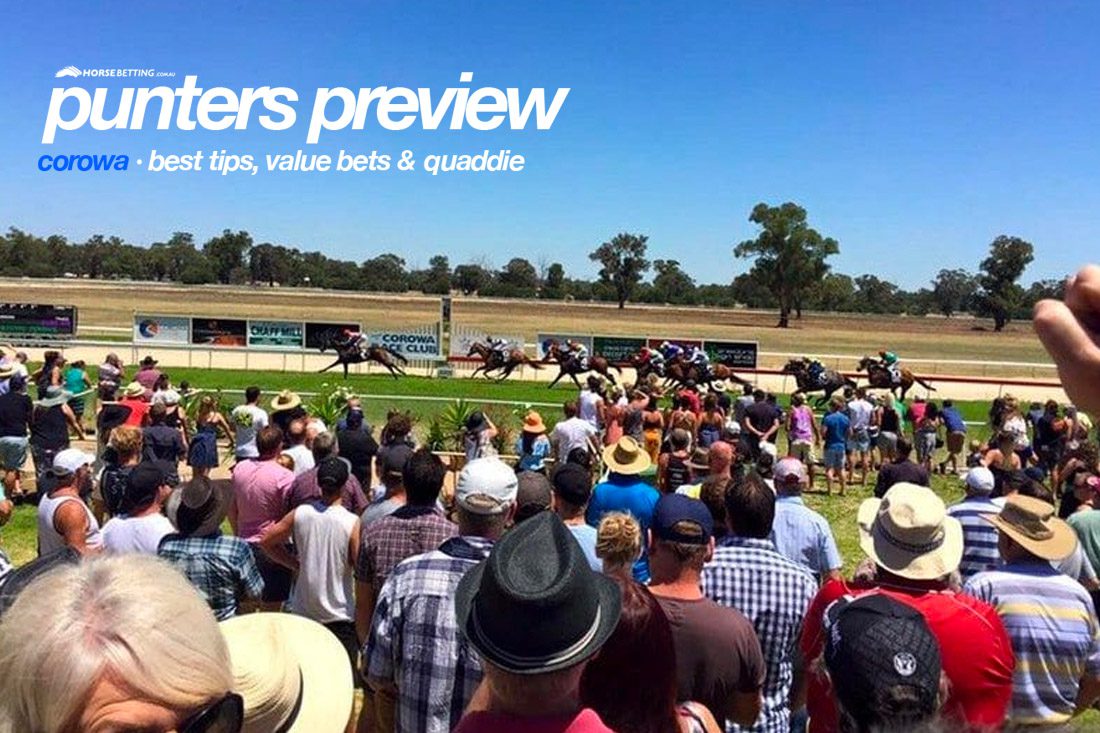 Racing heads to Corowa Race Club on Monday afternoon where a seven-part is scheduled and Horsebetting.com.au’s horse racing betting expert presents his best bets, free quaddie numbers and odds from Australia’s top online bookmakers. The track is rated a Soft 6, with the rail in the true position for the meeting getting underway at 12:55pm AEST.

The Matthew Dale-trained Devils Triangle looks a clear best bet on the Corowa card, having begun her career with a win on debut and a close third at Dubbo last time out. The three-year-old More Than Ready filly has shown she prefers to settle in the second half of the field and charge home late. With Blaike McDougall hopping on board for the first time, we anticipate she will appreciate having one of the premier jockeys in the country on board and we expect him to have Devils Triangle fighting out the finish and ultimately proving too hard to hold out with a nice turn of foot.

Next Best for Corowa: Power Me Up

Popular trainer Mitch Beer sends Power Me Up to Corowa in the opening leg of the quaddie where the four-year-old Pins gelding is looking to make it a fifth win from six starts. He took out the Narrandera Cup at his last start on July 18 and returns to Corowa, a track where he has had one start for one win. Richard Bensley retains the ride, which is a plus, and from barrier four we expect the pair to take up the running early in the piece and dictate terms from pole position. In a race bereft of early speed, he should get his own way out in front and prove too hard to run down.

In the third leg of the quaddie, the Russell Osborne-trained Jumpin’ Jaguar presents nice value in an open affair. Having been competitive in country Victoria in recent times, the three-year-old filly cross the border in a bid to find herself back in the winner’s stall for the first time since her win at Wodonga on May 22. The three-year-old filly does her best racing when settling in the second half of the field and running on late, so expect Brendan Ward to do just that and ultimately prove hard to hold out at a big price.