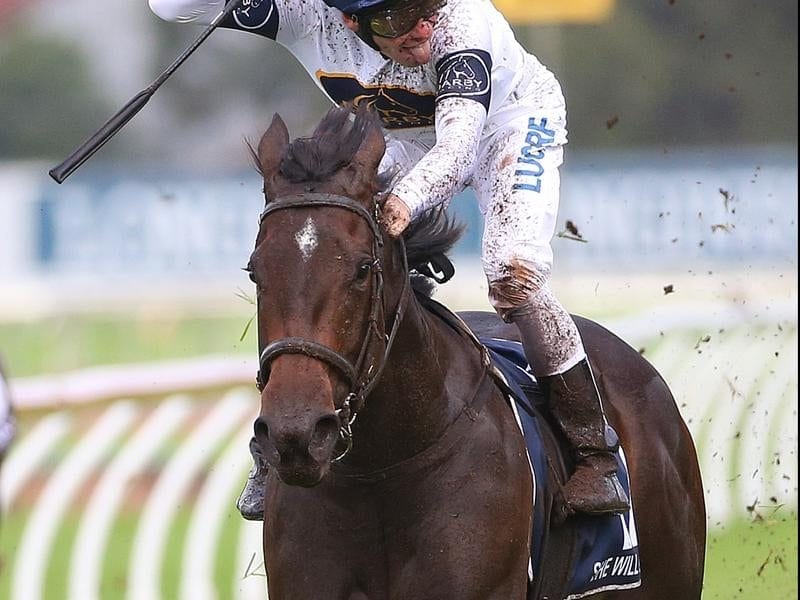 Corey Brown takes over from Slipper-winning jockey Ben Melham on Everest favourite She Will Reign.

Persistence has paid off for Corey Brown, with the experienced jockey talking himself into the coveted ride on Everest favourite She Will Reign.

Brown left a message with trainer Gary Portelli on Sunday, reminding him he was still available to ride the Golden Slipper winner in the $10 million sprint at Randwick on October 14.

The jockey had been mentioned as a possible partner for She Will Reign in last Friday’s Group One Moir Stakes (1000m) at Moonee Valley, a victory that propelled her into favouritism for the $10 million Everest.

“I rang to ride her in the Moir and they opted for Craig Williams. Then when Craig got suspended and they asked about the Moir I was already on Terravista,” Brown said.

Kerrin McEvoy rode She Will Reign to a stirring come-from-behind win in the Moir.

Brown thought McEvoy would retain the ride for the Everest but he had a previous commitment to the Peter and Paul Snowden-trained Redzel.

“Thirty minutes later my manager said I was on.”

Brown was understandably thrilled to secure the ride which became available when Ben Melham, who rode her in the Slipper, last month admitted defeat in his battle to get to 51kg.

“Obviously she looks like a super star,” Brown said.

“To do what she has done as a two-year-old, quite often you don’t see them come back as three-year-olds this early.”

Brown was an impressed observer at Moonee Valley, as She Will Reign motored past Terravista.

“She ranged up outside of me at the 600. I could see how good she was going. She confirmed what she’s capable of in the Moir,” Brown said.

He said he had ample time to build a rapport with the two-time Group One-winner.

“I’ve seen her replays and watched her race. I don’t need to gallop her but I would like to have a canter around just to get to know her.

“I’ve spoken to Ben Melham and he said she’s pretty much bomb-proof.”