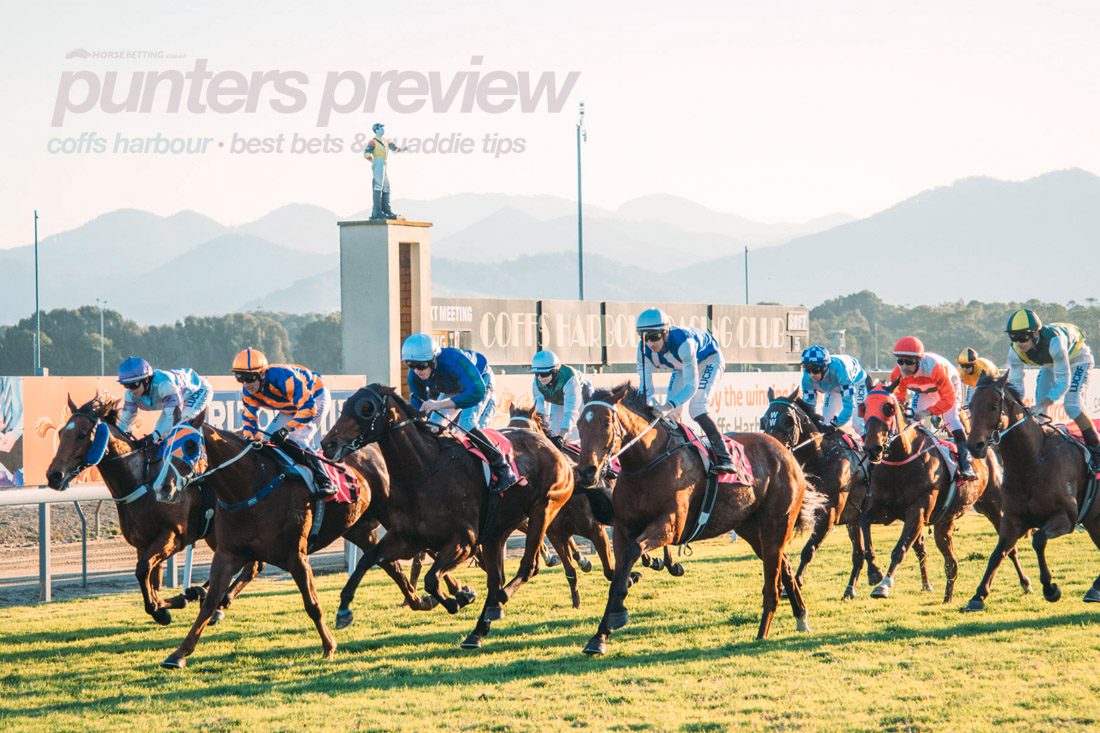 Coffs Harbour is scheduled to host an eight-race card on Friday afternoon, and HorseBetting brings you the best bets, quaddie numbers and odds comparison for the meeting. The track is rated a Soft 6, the rail is in the true position, and the first race is set to jump at 12:10pm AEST.

We are siding with the John O’Shea-trained Opacity in the Coffs Harbour Cup over 1605m. The five-year-old Ocean Park gelding has three wins from seven starts at the mile and should appreciate the drop in class he gets here having struggled at Saturday metropolitan level so far this campaign. He did, however, manage a smart win three starts back at Randwick when settling midfield and proving too strong for his rivals over the concluding stages. If he brings that type of form to the Coffs Harbour Cup, he should be far too classy for his rivals. The cut out of the ground will help as well.

Our best bet on Coffs Harbour Cup Day comes up in the opening event and is the first runner you will find in the from guide, the Neil Godbolt-trained Buck Pharoah. He was sent around as a $1.80 favourite at this track and distance on July 24 but could do no better than a narrow second despite a nice run in transit. He draws the rail here on Thursday, and Jeff Penza should have him on the leader’s heels throughout. With even luck in the home straight, Buck Pharoah should be charging through a gap and getting favourite punters off to a great start.

Formerly with Mike Moroney, the now Brett Dodson-trained Arctic Wolf was a touch unlucky on stable debut over the 1515m here on July 24. With even luck on Thursday, however, we expect him to be hard to beat in the opening leg of the quaddie. From barrier 16, the five-year-old gelding will look to settle in the second half of the field, but that shouldn’t hinder his chances of winning. Matthew Bennett retains the ride, which is a plus, and if he can get clear galloping room approaching the home turn, Arctic Wolf has shown plenty in the past to suggest he can round up his rivals here.