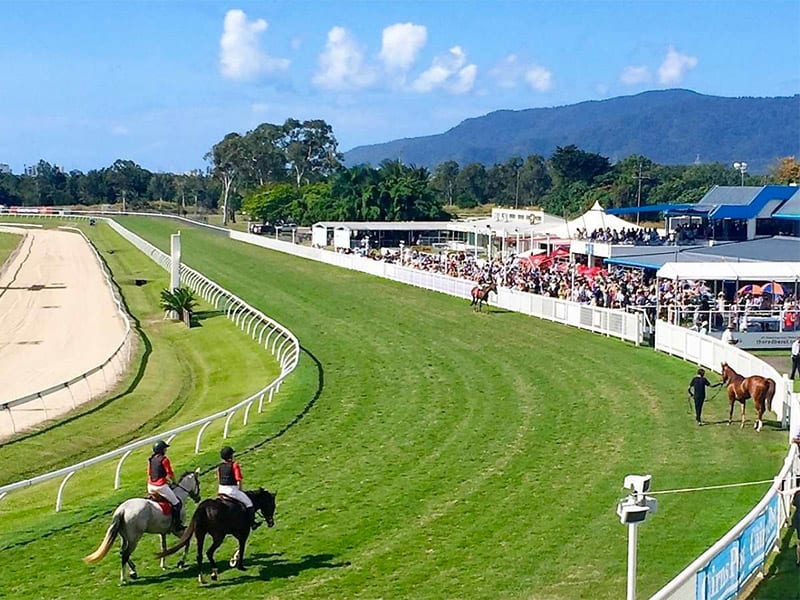 The first eight races of what will be another massive Cairns Amateurs Carnival will be run and won on Friday at Cannon Park, so our Queensland form analyst brings you his best bets and quaddie numbers for the opening day. The track is rated a Soft 6, the rail is in the true position for the entire course, and the first race is scheduled to jump at 12:32pm AEST.

Speedy mare Ruby July had the potential to be a touch vulnerable at this track a fortnight ago after having two months between runs, but she picked up where she left off and won well despite the margin being only half a length over Loud Noise, who meets our top pick 0.5kg better at the weights this time. While that was over 950m, Michael Lee will now step his four-year-old up to 1250m in her biggest test, but with fitness on her side now, we expect her to remain unbeaten in North Queensland. She has drawn the outside in the field of six but has superior gate speed which will see her lead this on her ear. Her only defeat to date was when she was sent to the Gold Coast to contest the QTIS 3YO Jewel in March, so that form sees her right in this.

Fred Wieland and Ryan Wiggins combine in the second with Prime Ruler, who will be looking to make it three straight wins. The four-year-old gelding was runner-up at his first two starts, finishing two lengths behind Ruby July on debut and then run down very late by Canadian Rockies at his second start, but he has since put it all together, winning his next two starts by 3.75 lengths and 2.5 lengths respectively. The son of Walking Or Dancing will step beyond 1250m for the first time on Friday as he tackles 1400m, but has drawn wonderfully in gate three to get a dream run behind the leaders and be pulling away late. He looks to be a top horse of the future in North Queensland, so we look forward to following him as he continues through his grades.

The Garry Dickson-trained Temple Run has won his last four sprints in North Queensland, so it is no surprise to see him start as favourite in the penultimate race on Friday. The son of Dream Ahead does rise 2kg to 57.5kg in this 950m sprint and has drawn out in barrier seven, but he has been winning in style and looks every chance to do it again and make it five straight.