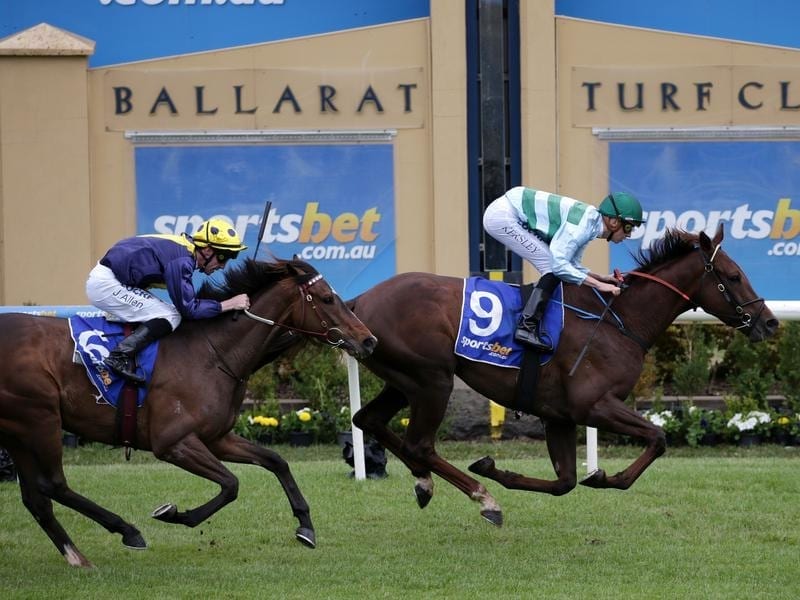 Midweek racing heads to Ballarat on Thursday, and HorseBetting’s Victorian racing analyst brings you his best bets, top odds and free quaddie numbers for the meeting. Given the persistent rain across the state this week, the decision was made on Wednesday afternoon to switch the program from the turf track to the synthetic. The first of eight races is set to go at 1pm AEST.

The Tony McEvoy-trained Fighter returns off a five-month spel. The son of Lord Kanaloa has four runner-up performances to his name from five career starts, and he had been competing in tougher maidens during the summer than what he contests on Thursday. From barrier eight, look for Dean Holland to get Fighter settled midfield with a bit of cover. When asked for an effort, he has a turn of foot that looks too good for his rivals to match.

Next Best at Ballarat: Just Jake

We were with the Hanna Powell-trained Just Jake when he resumed at Cranbourne on May 28 and finished second, defeated by two lengths on the line. Having settled midfield on the rails, he took a while to warm up, but when he did get going he savaged the line. He comes to Ballarat for the first time and doesn’t mind a bit of rain, while he should derive benefit from that first-up run and prove hard to beat in the opening leg of the quaddie.