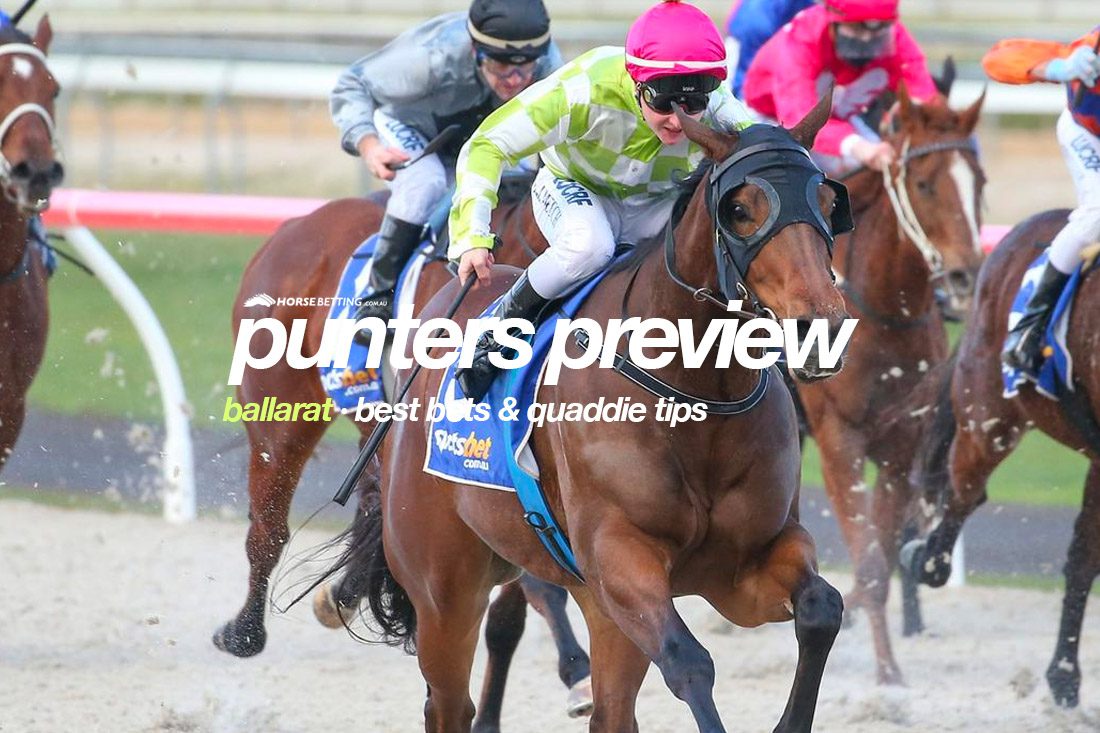 An eight-part card is scheduled for the Ballarat Synthetic on Monday afternoon and Horsebetting’s Victorian horse racing form analyst presents his best bets, top odds and free quaddie numbers. With clear skies forecast, we are set for a great day of racing commencing at 1pm AEST.

Tony and Calvin McEvoy will be hoping this campaign for Toyz On Fire is more fruitful than her summer campaign. The four-year-old Fighting Sun mare has always had big wraps on here as she is armed with a strong turn of foot, and she should appreciate the drop in class from what she contested last campaign. She gets the blinkers off for the first time which is an important gear change for her and with Josh Richards hopping on board claiming 1.5kg, she will go around with 60.5kg on her back. From the second half of the field look for here to be savaging the line late and with a win first up to her name already in her career she looks a clear best bet on the card.

Next Best at Ballarat: Mongolian Pride

In the opening event on the card, we anticipate the Rob Hickmott-trained Mongolian Pride can break through for his maiden win following a tough narrow defeat on the Pakenham Synthetic on August 3. He did himself no favours when settling three wide without cover the trip, but from barrier three he should have no such qualms. Despite being headed early in the home straight on that day, he stuck on gamely to be beaten a half-length when finishing fourth. It is safe to say he will stay all day being out of Mongolian Khan and with even luck in the running he should be simply too good for this field.

We are hoping Rob Hickmott can bookend the program when Epic Ranger steps out in the last over 1400m. He has two wins from nine career starts, with both of those coming over the Ballarat Synthetic 1400m from two starts at the track and distance. From barrier four, we expect to see Liam Riordan to have him settled close to the speed throughout and in a race bereft of early speed it is set to be advantageous to be in the first half a dozen. With even luck in the running, he presents great value upwards of $8.