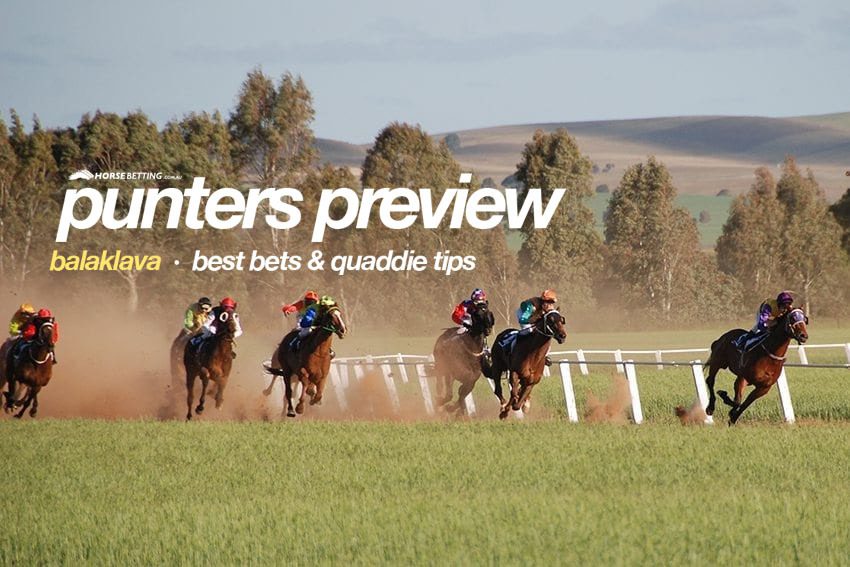 A bumper nine-race card is scheduled for Balaklava Cup Day, and HorseBetting’s South Australian form analyst presents his best bets and quaddie numbers for the Wednesday afternoon meeting. The track is rated a Good 4, the rail will be set in the true position, and racing is set to start at 11:35am ACST (12:05pm AEST).

The Will Clarken-trained Second Slip is clearly the class runner in the Balaklava Cup field, and on the back of a dominant win in the Listed Leon Macdonald Stakes at Morphettville, he should prove hard to beat once again. The five-year-old son of Alamosa has won five of seven starts in Australia and appears to have plenty of ability under his bonnet. From barrier 19, Todd Pannell will need to go forward on Second Slip, and he should get an uncontested lead in a 1600m race that lacks early speed. This horse holds a nomination for the Sir Rupert Clarke Stakes, indicating his class, and he should be simply too hard to run down in the Balaklava Cup.

Our best bet comes up in the second leg of the quaddie when the Stuart Padman-trained Morialta looks to make it three wins from his past four starts. The four-year-old son of Jimmy Creed smashed his rivals by 3.5 lengths at Murray Bridge on August 7 in what looks to be a strong form race. He has two wins from as many starts at Balaklava, including one at the 1200m three starts back. His natural racing pattern sees him settle in the second half of the field, and apprentice Jacob Opperman’s 1.5kg claim will only aid the cause as he looks to run on from the back.

Next Best at Balaklava: Silver On Red

In the final race on Balaklava Cup Day, we are hoping David Jolly and Paul Gatt can send us home winners with Silver On Red. The five-year-old son of Barbados has a win and a second-place finish to his name at Balaklava. He sat four-wide with no cover up on speed at Murray Bridge on August 25 and only faded late to run fifth, beaten 2.3 lengths. From barrier two, getting stuck wide should be no issue, and although he needs to lug 61.5kg, we expect Gatt to dictate terms aboard Silver On Red and prove too good in a dominant front-running display.