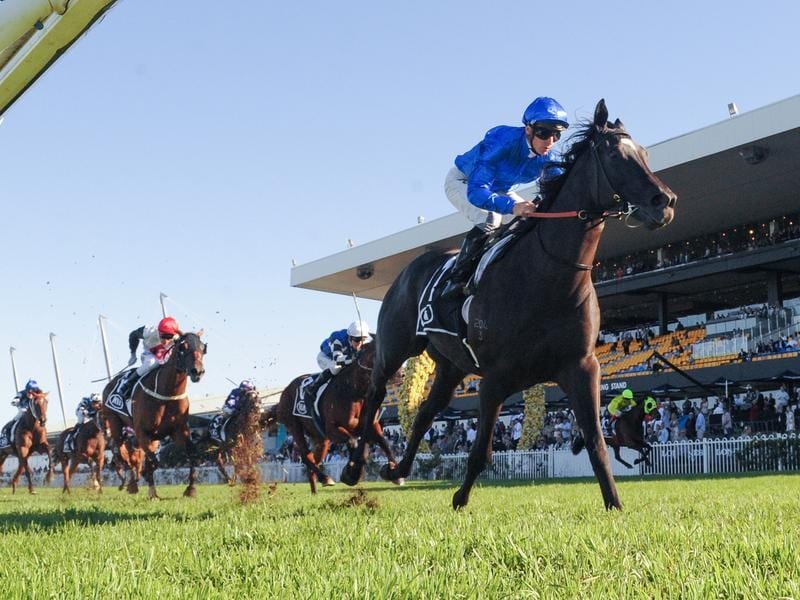 Dual Group One winner Avilius has shown his readiness for spring with a decisive barrier trial win.

Dual Group One winner Avilius has stamped his authority on a barrier trial at Rosehill ahead of his spring return.

One of several Godolphin stars to step out on Tuesday, Avilius was ridden by Hong Kong-bound Blake Shinn and overhauled Special Missile easily near the post to win by half a length.

Return options for Avilius include the Group One Winx Stakes (1400m) at Randwick on August 24.

The trial was one of two 1000m-heats on Tuesday run on the course proper with the Bjorn Baker-trained Samadoubt scorching over the ground to win the second by 6-1/4 lengths from Night’s Watch.

Godolphin’s Golden Slipper winner Kiamichi won her 1030m-heat by three-quarters of a length from Harper’s Choice while stable newcomer Wren’s Day won his trial in his first public appearance in Australia.

Formerly trained by Andre Fabre before being sent to James Cummings, Wren’s Day finished second to Cracksman in the Group One Prix Ganay in April 2018 but has not raced since August last year.

While Wren’s Day was impressive, it was stablemate Osborne Bulls who caught the eye, flying home under Hugh Bowman for a close fourth.

Osborne Bulls is the leading contender to fill Godolphin’s slot in the $14 million Everest on October 19 and is the $7 second favourite behind Santa Ana Lane ($5).

Cummings said Osborne Bulls was likely to run in the Concorde Stakes which is shaping as a prelude to the Everest.