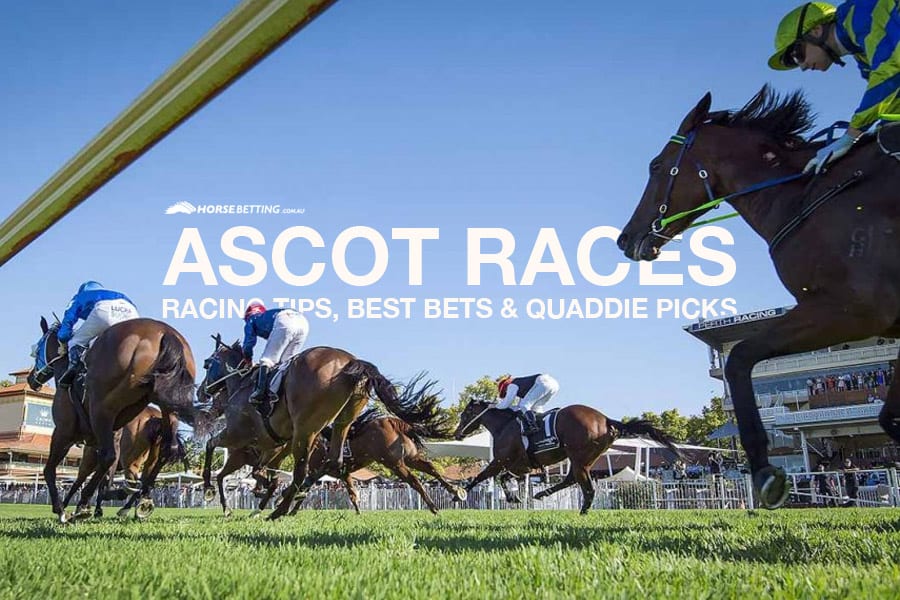 A bumper nine race card will be run and won at Ascot in the west on Saturday which will see the running of the Group 2 WATC Derby over 2400m. The weather has turned it on for Perth’s big day in the Autumn, with Good 4 conditions and the rail out five metres. Horsebetting.com.au has done the form on the feature race as well as finding you two best bets and a Quaddie to round out the championships. Race 1 is due to jump at 11:58am in Perth.

Well we have been on this three-year-old gelding in his last three starts which has seen him salute in good fashion, so we don’t see any reason to jump off him in his grand final. The son of Iffraaj has won four of nine and is looking to make it four in a row after saluting in the Lex Piper Stakes, J.C. Roberts Stakes and the Melvista Stakes; three traditional lead ups to the WA Derby. While the price is nothing to write home about, the Grant & Alana Williams-trained gelding looks the perfect banker in multis out looks a nice one out leg in the third leg of the Ascot Quaddie. Willie Pike will do the steering from barrier ten which will see him taken forward and prove too strong for them. Flash Ducati at $51 could be one for wider exotics.

Darren McAuliffe’s three-year-old filly Clairvoyance had her colours lowered last Saturday when she was beaten in her race track resumption by a quarter of a length. The previously undefeated filly by Nostradamus is on the seven-day turnaround, so she will have to handle that but it suggests to us that she came through her last start in tip-top shape and is ready to bounce back. Chris Parnham hashas ridden her in all of her starts and he stays aboard, dropping weight by 2.5kg. From barrier eight, Parnham will take this clasys filly forward and she should be able to dictate terms. She was smashing the clock last campaign and there was talk surrounding her and an Everest slot come October, so she’d want to hope she is winning this.

Kaptain Kaos has a nice race day record with two wins and two minor placings from just five starts and he now is looking for three straight victories. The son of Demerit went from a maiden straight to a Class 3 which saw him salute by over a length, so he should appreciate being against his own age. Chris Parnham will do the steering from barrier five which will se him get the perfect run in transit and he should be too good again. The three-year-old has won his last two at 1200m and he gets that again which is ideal. Three straight isn’t off the cards.