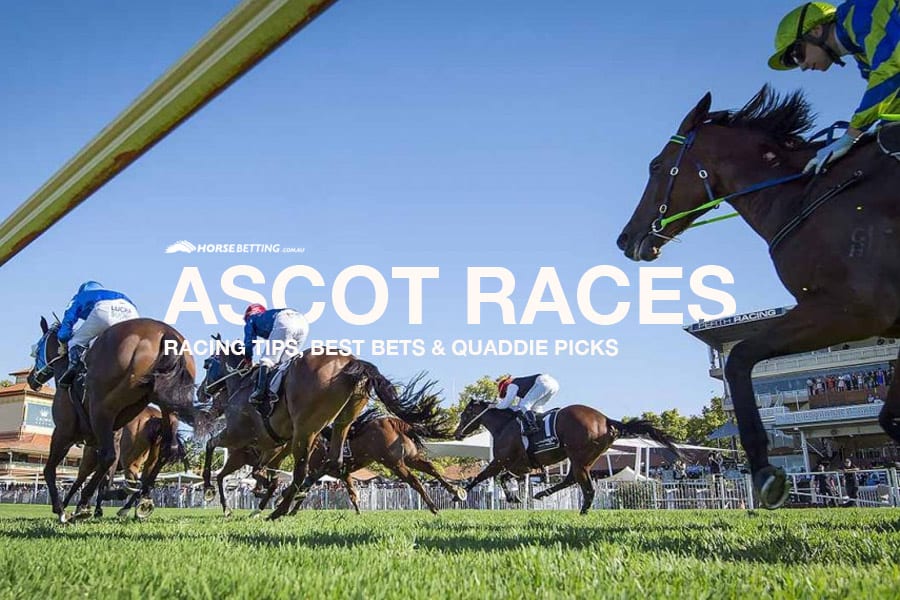 Ascot Racecourse is set to host a nine race card where the featured event is the Group 3 Roma Cup on Saturday afternoon. The track is rated a Good 4, with the rail out 3m the entire circuit, suggesting we are set for a top day of racing across the nullabor. HorseBetting.com.au brings you the top odds, best bets and free quaddie numbers for the meeting getting underway at 1:54pm AEST.

Daniel Morton will leg up Chris Parnham aboard Elite Street in the Group 3 Roma Cup, and it is the combination we want to be with in the featured event. He was competitive but never threatening in both the William Reid Stakes and Newmarket Handicap in Melbourne, but should appreciate dropping back to Group 3 company in his home straight. The Street Boss gelding has one start at the Ascot 1200m, which was when he won the 2020 Winterbottom Stakes. He is a clear classy runner, and if he can find cover in the moving line early on, he looks to be too strong for this Roma Cup field.

The Adam Durrant-trained Son Son comes to this 1400m event at Ascot third up from a spell and has begun the campaign with a win and runner-up performance. With a firm track expected on Saturday his chances only increase, with two wins from three starts to his name on firmer going. It is hard not to like the way Son Son goes about things, he jumps nicely and is either setting the tempo in a race or sitting just outside the leader throughout. From barrier eight on Saturday, we expect Joe Azzopardi to settle him on the outside of roughie Excaro, and with race fitness and a touch of class on his side he should be too strong for this field.

The Grant & Alana Williams and William Pike combination go around as one of our best bets with their Nicconi filly, Graceful Girl. The three-year-old is back from a four month spell, but returned with a smart trial win at Belmont on April 27 to suggest she means business this campaign. From four career starts she has two wins and two third-placed finishes and showed plenty of ability in her debut campaign over the summer months. Before heading to the paddock, she was a smart winner at the Ascot 1200m, and if she repeats that effort first up from a spell, the 1100m should be a perfect way to begin her second campaign.