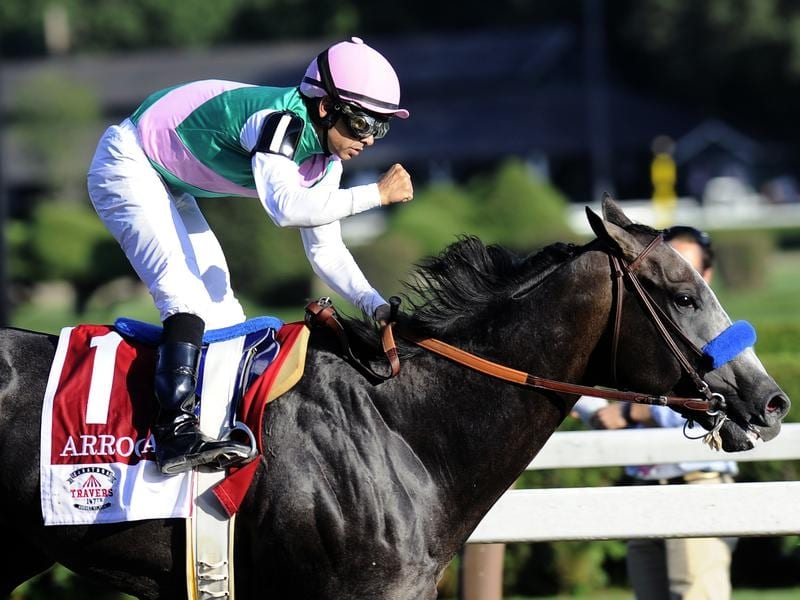 Arrogate, the world’s highest prize money winning horse, has died in the US following an illness.

The world’s highest prize money earner Arrogate has died in the US after a short battle to save him from a mystery illness failed.

The horse’s owner Juddmonte Farms issued a statement saying the Longines World’s Best Racehorse in 2016 and 2017 was euthanised on Tuesday after falling ill last week.

After a successful start to the breeding season, Arrogate was suspended from breeding duties last week with a sore neck before later in the week collapsing in his stall where efforts to get him back to his feet were unsuccessful.

Arrogate was transported to the Hagyard Clinic in Kentucky and treated where efforts to save the seven-year-old were unsuccessful.

He was still unable to stand after four exhausting days and when serious secondary health issues set in, the decision was made to euthanise him.

Juddmonte Farms said the illness remains a mystery and a post-mortem will be carried out.

Arrogate won seven of his 11 starts for his California-based trainer Bob Baffert and collected more than $US17.4 million ($A25.2 million) in prize money.