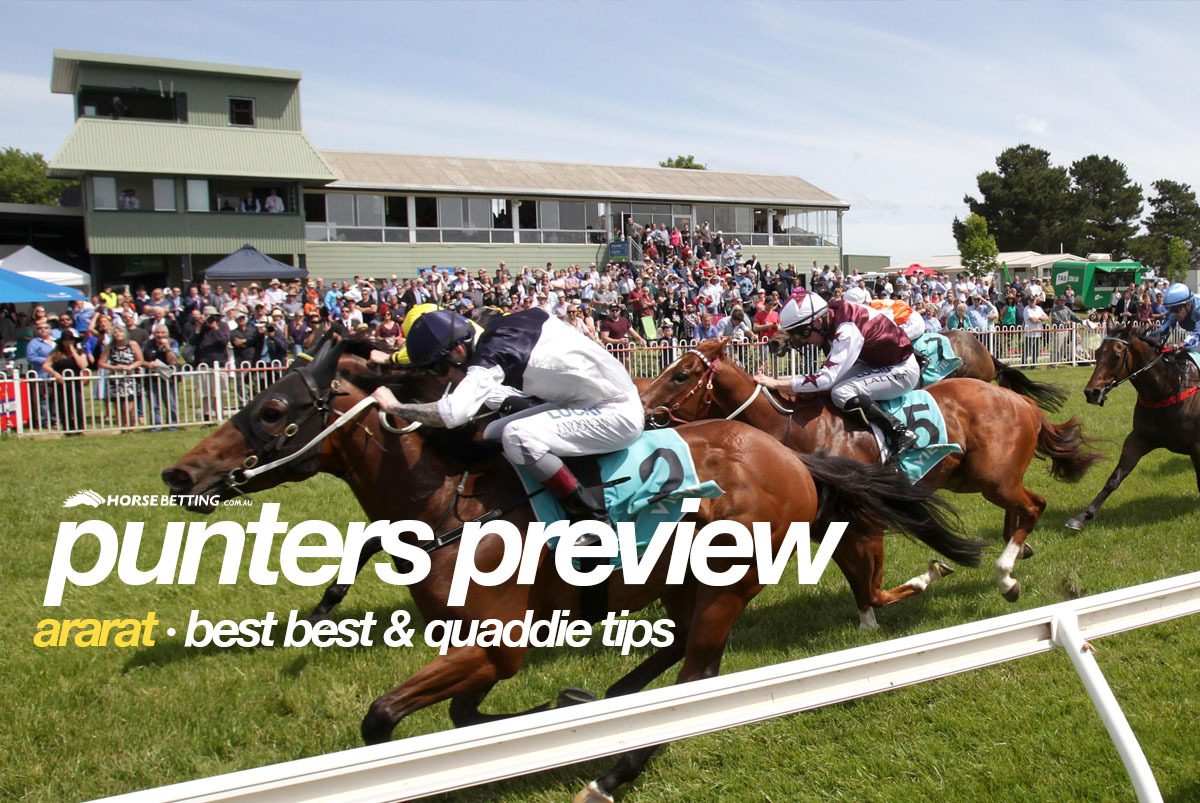 HorseBetting’s Victorian form analyst presents his best bets and top quaddie numbers for the eight-race card at Ararat on Tuesday afternoon. The track is rated a Good 4, the rail is in the true position, and the meeting is set to get underway at 1:30pm AEDT.

Our best bet of the day comes up in the opening event when the formidable duo of Patrick Payne and Billy Egan combine with Lily Allez, who is coming off a first-up second at Ballarat on November 1. Having settled second on that day, the four-year-old mare was worn down over the final 100m to lose by the barest of margins. The daughter of Atlante managed to put a massive gap on Speed Lover, who then came out and smashed her rivals at her next start at Morphettville on November 27. With her Australian debut now behind her, Lily Allez should be raring to go second-up from a spell, and from barrier one she should have no issue in finding the front and dictating terms throughout. With a lack of early speed in the race, she should gain an uncontested lead, which should prove the difference as she brings up a deserved maiden win at start four.

Next Best at Ararat – Ferlaxing

The Luke Oliver-trained Ferlaxing comes off a disappointing ninth at Sandown on November 17 but looks well placed to bring up a second career win at his sixth start. The four-year-old Ferlax gelding tends to get back and run on in his races, and with a genuine tempo expected over the 1600m, he should get the race run to his liking. Despite needing to lug 62.5kg on Tuesday, he has shown throughout his career he can handle a heavy weight, and with the sort of spring Daniel Moor has been having, he will almost certainly have Ferlaxing fighting out the finish.

Helen White sends her seven-year-old Fi Style to the Ararat 1100m following her two minor placings to begin this campaign. Two runs back, the Smart Missile mare hit the line with great intent at Horsham on October 17 to go down by a half-head, and if she brings that type of effort here, we expect she will be hard to hold out. From barrier three, look for Declan Bates to have Fi Style in the moving line, and when asked for an effort approaching the home turn, she should run on strongly and ultimately prove too hard to hold out.