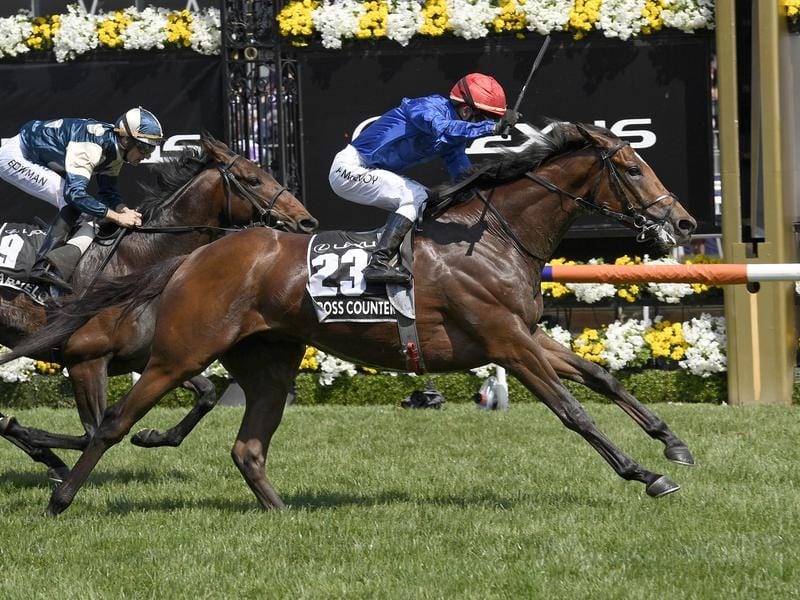 Charlie Appleby is dreaming of a second Melbourne Cup success with Cross Counter after taking encouragement from his performance in the Gold Cup at Royal Ascot.

The five-year-old became the first British-trained winner of the ‘race that stops a nation’ when striking gold in 2018 – and was beaten just a length-and-a-half in eighth place when defending his Flemington crown in November.

Cross Counter disappointed when hot favourite for a valuable staying handicap on the undercard of the Saudi Cup in February.

But Appleby was pleased with his third place in Thursday’s Ascot feature – albeit beaten a long way by the brilliant Stradivarius.

“The plan was always to go out there and sit cold,” said the Newmarket trainer.

“I said to (jockey) James (Doyle) to just let him float around out the back and get him passing horses.

“Since Melbourne, we’ve ridden him a bit more positively, but we decided we’d let him go out there and enjoy himself, pass horses and see if the enthusiasm was still there.

“For me, I was delighted to see him do what he did because he galloped out and James said it was ground he doesn’t really enjoy.”

Appleby will map out a summer campaign before heading to Australia.

“It was an encouraging run, and I think he will come forward for that,” he said.

“We might just have a look at the Henry II at Sandown (on July 5) for him, which is a Group Three, so he will have no penalties there.

“That (Melbourne Cup) has been the long-term target again. He ran a creditable race there again last year, and I think he showed at Ascot he is back to where he was in Melbourne.

“Hopefully there is a race or two left in him.”