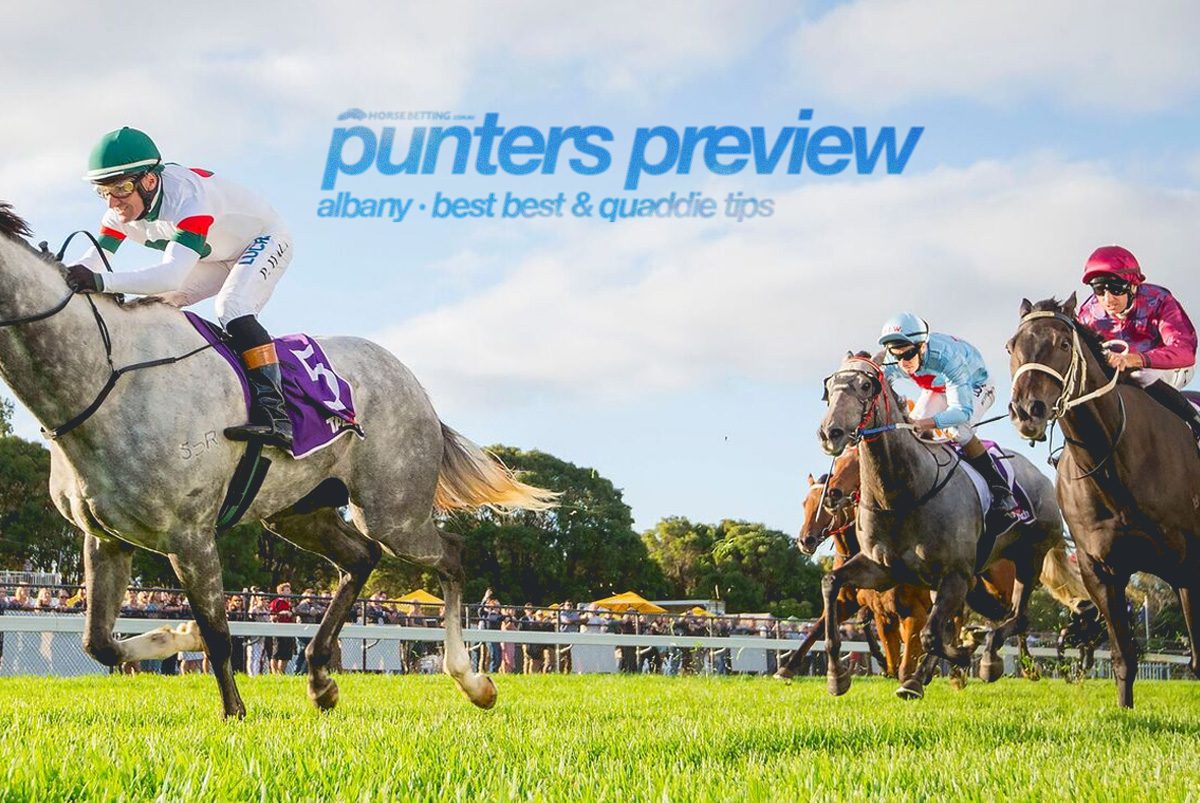 We head right down to the south of Western Australian on Sunday afternoon when nine races are set to be run and won at Albany for Albany Cup Day. We’re set fair for a perfect day of racing with the track coming up a Good 4, with the rail in the true position for the club’s marquee day of the year.

The Roy Rogers-trained Big Bada Boom is a much better runner than what his recent form may suggest, due to having shocking barrier manners in recent times. Considering he is at his best when racing up on speed, the fact he has blown the start and needs to do the chasing is simply not his go. Three starts back he absolutely bolted in at Ascot on March 19 over the mile and considering he comes back to Albany a track he has won at three times from five starts, he must be considered in the Albany Cup. This will be just his second crack at 2100m, but if he can bound along under Joseph Azzopardi out in front, we expect Big Bada Boom to walk away with the majority of the $100,000 on offer in the Albany Cup.

We will be hoping it is a big day for the Roy Rogers & Joseph Azzopardi combination, considering we are with them in the second leg of the quaddie when they team up with last start debut winner Tizzle Top. Having settled second from last over the Albany mile on April 1, the Vert De Grece gelding built through the gears nicely and put his rivals away with ease to suggest he was a runner worth following. He draws barrier two on Sunday and despite the low draw, we expect to see him in the second half of the field once again and with a similar turn of foot, we expect Tizzle Top to remain undefeated through two career starts.

Next Best at Albany – Tales Of Manhattan

The formidable of duo of Adam Durrant & Clint Johnston-Porter are set to combined with last start maiden winner Tales Of Manhattan when the three-year-old steps out over 1100m on Sunday. The Sessions gelding managed to take up the running last time out at Pinjarra and when asked to quicken, the brown gelding managed to kick clear and record a win over 1000m in fast time. He has put the writing on the wall with a smart trial win before that first-up run and assuming he has taken natural improvement, Tales Of Manhattan looks one of the better bets on the Albany card.