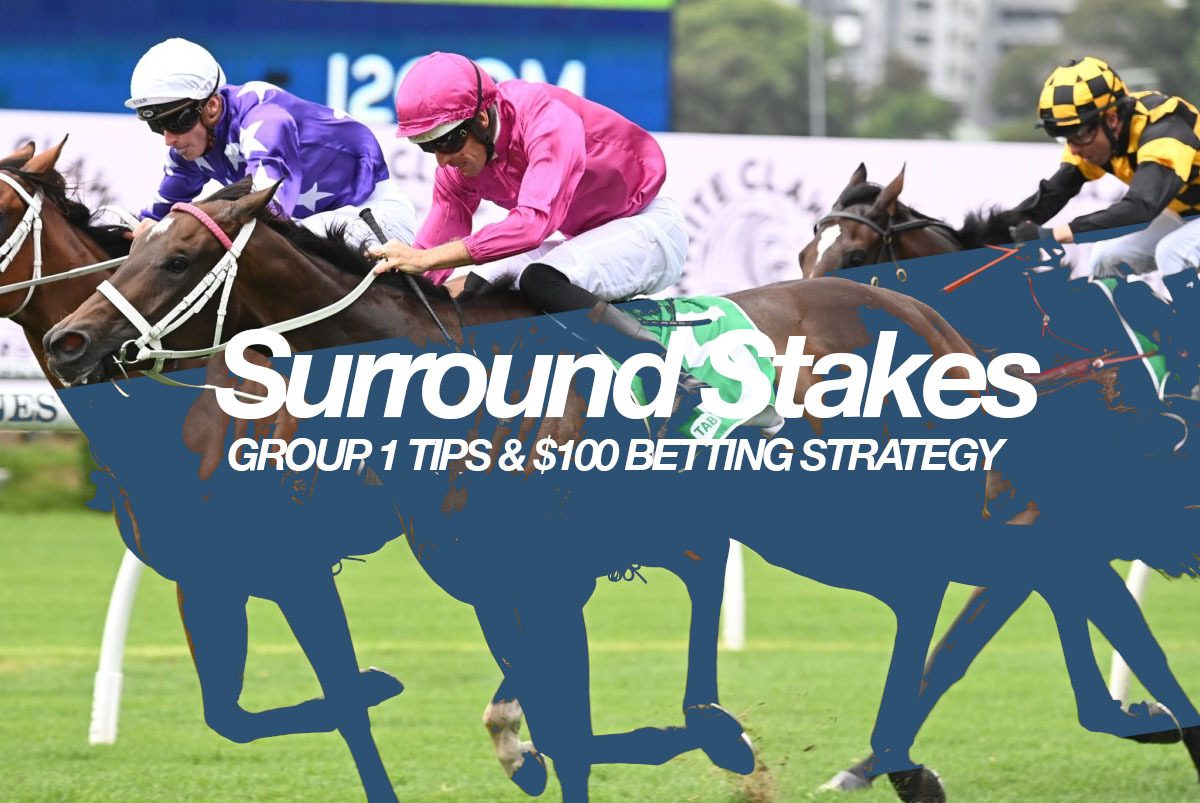 What a race this will be! A capacity field of 16 with two emergencies has been assembled for the Group 1 Surround Stakes at Randwick this Saturday. The 1400m event for three-year-old fillies has a number of star horses in the final field, including Group 1 winners Yearning ($31) and Never Been Kissed ($27) as well as boom fillies Fangirl ($4.40) and Espiona ($2.10).

There isn’t a huge amount of pace in this race; Never Been Kissed, Four Moves Ahead ($26), Hinged ($27) and Shihonka ($51) can race on the speed, but we doubt they will be out there to break any records. Espiona and Fangirl are the only two horses in single figures in what has been set up as an exciting rematch after they ran second and first respectively in the Light Fingers Stakes two weeks ago.

There are only two Group 1 winners in this field, and we are tipping one of them to record their second victory at the highest level. Yearning has built a solid record in her eight-start career, which includes a win in the Group 1 Thousand Guineas (1600m) at Caulfield in October. The Michael, Wayne & John Hawkes-trained Snitzel filly won her maiden over 1400m on a Soft 6 back in September with 61kg on her back, so it was a fair ask for her to win on that occasion, but she did so in style. Two trials leading into her first run for this campaign have been impressive without winning, but they should have prepared her perfectly for this run. From barrier two, William Pike can have this $740,000 earner in a terrific spot in behind the speed, and if he can produce her at the right time, she may just be too classy. At the $31, we are happy to be with Yearning, especially with only 56kg on her back at set weights.

Despite the market siding with Espiona once again, we believe that Fangirl is the better horse out of the two, as her last-start victory suggested. A lot of punters argued that if you were to swap Fangirl’s and Espiona’s runs around, then you would also swap the result, but the reality is that we can’t do that, and this race is likely going to work out a similar way. Fangirl has won her past four starts, going from a Maiden, to a Listed, to a Group 3 and then to a Group 2, so she definitely deserves her crack at a Group 1 on Saturday. The 1400m is going to be right up her alley, while she did win the Listed Reginald Allen Stakes on a Soft 6 last spring, so the wet surface shouldn’t be an issue. The daughter of Sebring will have her work cut out from barrier 16, but with Espiona drawn in barrier 13, Fangirl is likely to get on the back of her main rival and be able to finish over the top of her again. We believe this filly should be the favourite, even from the carpark.

Startantes and Heresy both earned a mention in The Follow Files for their runs in the Light Fingers Stakes, and they both look really well suited here at 1400m. We are taking more of a liking to the Queensland filly Startantes, due partly to the rain-affected surface. The daughter of Star Turn comes into this Group 1 third-up, while she has also drawn much kinder in barrier 11 on Saturday (likely to be gate nine after scratchings). Jason Collett stays aboard this girl, and she should get her chance to charge home late once again. What we love most about this galloper is that she is so consistent on all surfaces and all distances, so the wet track won’t be an issue; in fact, she has never missed a place on a soft deck in four attempts, so it could be her favoured racing surface. The $26 seems over the odds considering she was only two lengths off the top two in the market last time out.