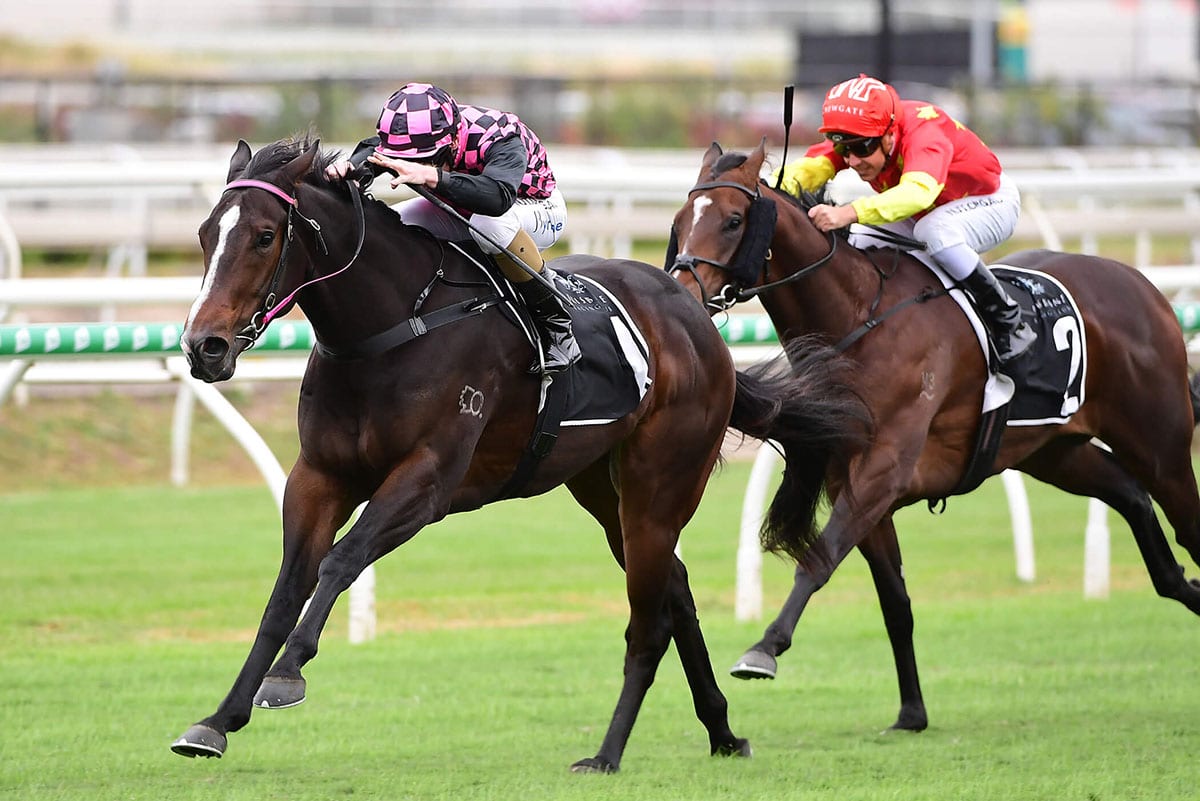 The Group 2 Champagne Classic (aka Spirit Of Boom Classic) sees a field of 13 two-year-olds duke it out for the lion’s share of a $250,000 kitty. While it doesn’t have the quality that we saw last year when Rothfire, Isotope and Wild Ruler clashed, we do get to see a few impressive last-start winners. Giannis is the $4.80 favourite in front of impressive Sunshine Coast winner Prince Of Boom at $6.50, Tiger Of Malay at $7 and then both Maotai and See You In Spring at $7.50. We will see speed from both Maotai and See You In Spring, while King Kapa and Miss Hipstar are likely to come over from their wide barriers.

He may only have won on Sunday in a 2YO Maiden at the Sunshine Coast, but Prince Of Boom could not have been more impressive. Not only was he visually impressive, but he also ran a great time, running the fastest of the four 1000m races on the day which includes two 3YO maidens and a Class 3. Trained by Rob Heathcote, he was heavily backed from $21 into $3.60 – partially thanks to deductions – but they continued to support the debutant right until jump. Ben Thompson rode him on debut and after cornering six-wide without cover, he quickened nicely to extend and win by five lengths. He won’t be stuck deep on Saturday from the inside alley and he is already proven on wet tracks. He wouldn’t be here if Heathcote thought he was rushed. He looks smart.

Chris Waller and Kerrin McEvoy combine with race favourite Giannis, and after his nice trial at Randwick on April 9, he should be hard to beat. Waller elected to scratch this son of Flying Artie from a weak race on Wednesday at Warwick Farm in preference for this, so he obviously has an opinion of the colt. In just his second start, he finished third to subsequent Golden Slipper winner Stay Inside which is very good form for a race of this nature. He will get a great run from barrier six, which is likely going to see him in the first half of the field and able to chime in at the right time under McEvoy who has won this race in two of the past four years.

King Kapa has only had one start to date and that was in a Graton maiden, but he was very good, leading all of the way to win by 2.3 lengths. He did draw well that day in barrier three so the lead came easily, so he will have to work harder in a tougher race from barrier 13. Glen Boss will do the steering on this Capitalist colt and we imagine it will be one instruction to go forward with handlebars down. The Toby & Trent Edmonds-trained colt needs to go to another level, but at $13 we are happy to have something on him each way to find out.