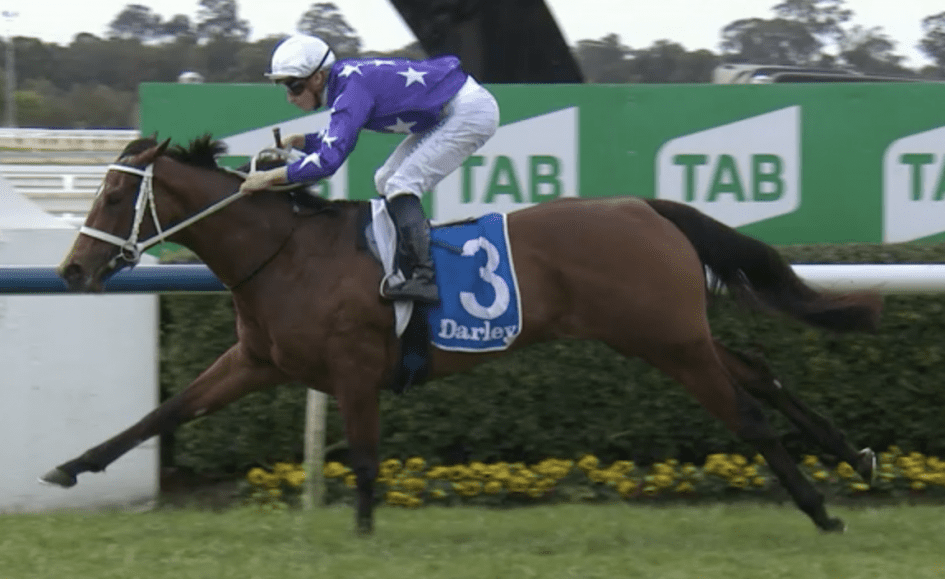 Race 2 on the program is the Listed Desirable Stakes for 3YO Fillies over 1400m. Chris Waller’s Joviality will start the favourite, ahead of Sweet Reply and Twain’s Express. Vancity Gem looks to lead from gate 9, ahead of Violinist. Pride Of Jenni looks to box-seat.

The Desirable Stakes is set to jump at 11:20am AEDT

Been running fairly this prep in much tougher races in Sydney, and improved out of sight last start when fourth in the Crockett Stakes at Moonee Valley. She does her best racing on soft tracks, and isn’t going well enough to figure here.

The race favourite comes here in good form, after winning three in a row, before not being beaten all that far in the Flight Stakes, and was then just edged out by Forbidden Rose who has subsequently run well against the older mares in the Empire Rose. J-Mac on is a huge tick. She looks the winner.

Twain’s Express looked the winner behind La Mexicana at The Valley last start at the top of the straight, but knocked up slightly in the dying stages. She will only take improvement out of that and will be fitter third up. The market has her rock solid here, and she looks the main danger.

Richard & Michael Freedman saddle up consistent filly in Sweet Reply. She has been costly for punters, running second in all four runs this time in at under $4 in all of those. She should’ve won last start but was desperately unlucky. The big straight should suit.

Fell in last start at Mornington as a very short favourite. Form prior was fair, finishing on the heels of Ranting who is a Group 3 winner. Will go forward from the gate and is likely to be around the mark, but she’s not in our numbers.

This girl was a dominant winner at Mornington when an odds on favourite at her latest outing. She’ll be right on the bunny from the inside alley and should see out the 1400m. Jamie Kah has hopped off which is worth noting.

Comes out of some nice form races behind Housay and was good and was fair when fourth at Caulfield latest. Isn’t up to the class of some of these though. She isn’t the worst, but she’s not in out numbers

Miss Conduct finished fifth in the same race that No Restriction comes out of, but No Restriction was clearly better. In her maiden, she did run third to Cherry Tortoni, so that form is very handy. She’s some chance.

The South Australian visitor is undefeated from two starts and gets Kerrin McEvoy aboard here which will suit. She will inject pace into the race and should see out 1400m. She looks big overs in this race.

Way To Go Paula comes off a tough win at Pakenham albeit in Maiden grade over 1200m. Jamie Kah hops aboard for the first time, and is drawn to settle outside the lead. Her debut was behind Minhaaj which has gone on to bigger and better things also. Big chance.

Finished in the top two in both of her career starts, including a second to Agreeable on debut. She was a good winner at her latest at Pakenham on the synthetic over 1400m. She’s over the odds in our books.

Was well supported on debut when second to Way To Go Paula and was closing off strongly late. Up to 1400m looks the logical next step for her, and from barrier 3, she will get the run of the race up on the speed. She is a big price here too, but we can’t have them all.