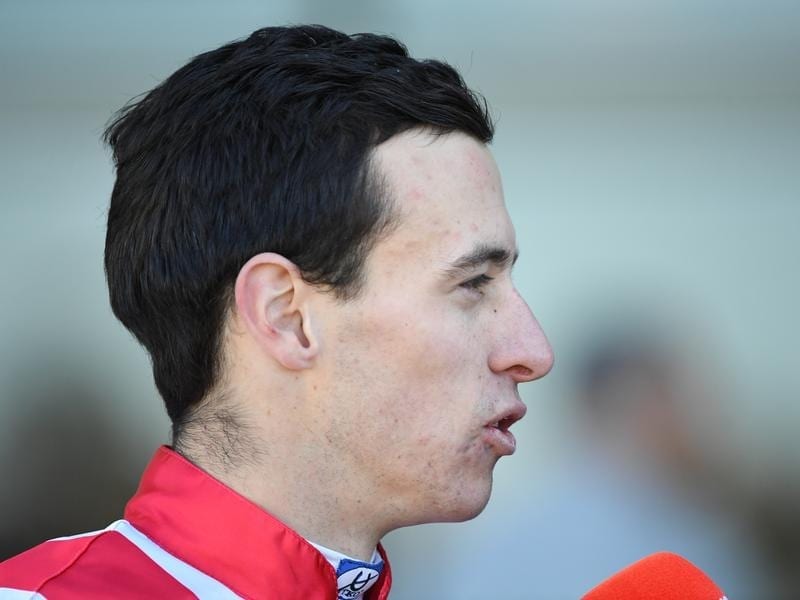 Jockey Jordan Childs will ride in the Melbourne Cup for the first time when he partners Sound Check.

Patrick Moloney was born into a racing family and grew up watching the Melbourne Cup.

His grandfather Jim Moloney is a Hall Of Fame inductee while father Gerard and uncle John are trainers at Caulfield.

At the age of 24, Moloney gets his first shot in a Melbourne Cup riding $81 chance Vengeur Masque for Mike Moroney in Tuesday’s $7 million race at Flemington.

“Pa had a couple of runners in the Melbourne Cup,” Moloney said.

“He had the favourite one year Affinity after he won the Caulfield Cup, but so far the Cup has eluded the family.”

Since learning he had the ride Moloney has poured over previous Melbourne Cups and sought advice of fellow jockeys.

“You do as much homework as you can watching tapes and Steven Arnold has been helping me out quite a lot,” Moloney said.

“Watching old tapes, it gets you excited.”

Moloney has ridden Vengeur Masque in 17 starts since the import arrived at Moroney’s stables.

It’s Vengeur Masque’s third shot at getting into the Melbourne Cup after being stranded as number 25 in the ballot order in the previous two years.

Vengeur Masque had a quite autumn which Moloney says has benefitted the stayer.

“I think he’s going to be peaking on the grand final,” Moloney said.

“He’s very quick out of the gates and we’ve just got to hold our own early and see what happens, see what pressure we can absorb from the outside.”

Jordan Childs also gets his first shot at the Melbourne Cup on Moroney-trained stablemate Sound Check.

A son of former Melbourne premiership winner Greg Childs, the 22-year-old says he’s grateful to Moroney and the owners for entrusting him with the ride.

He’ll spend a number of hours going over the form for Tuesday’s race and is a expecting a call from his father for some advice.

Childs and Moroney have a long history.

“He fed me as a baby and now I’m riding for him in the Melbourne Cup,” Childs said.

“It’s funny how things work out.

“If I was to win it would open up a lot of doors.

“It would be an amazing feeling I’m sure.”