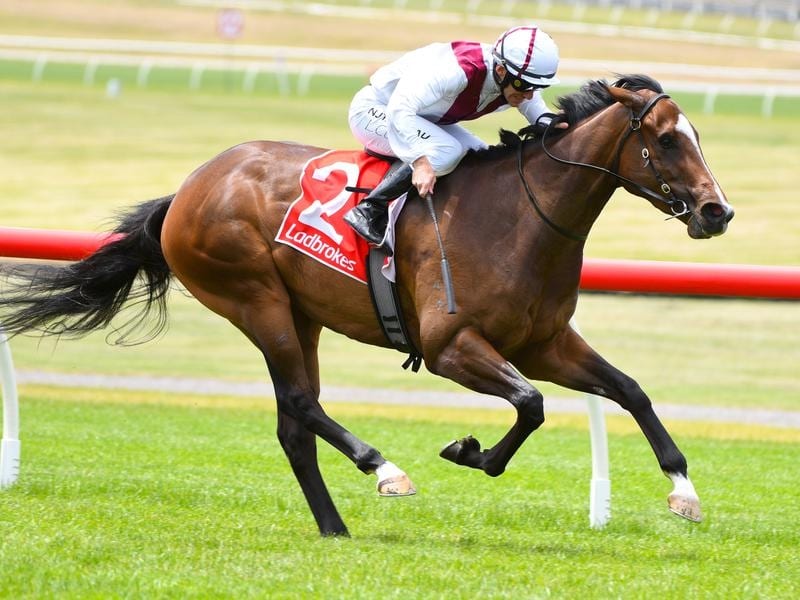 Xilong’s lead-up to the Surround Stakes has not all gone to plan but co-trainer Calvin McEvoy says they would not be running the talented filly in the Group One race if they did not think she was up to it.

Xilong won the Listed Twilight Glow Stakes last spring and was set to resume in the $1 million Inglis Sprint at Warwick Farm on February 12 but was scratched when she played up in the barriers.

It means she goes to Saturday’s Surround (1400m) at Randwick first-up, which McEvoy admits is not ideal.

“We wanted to have her second-up into this at the 1400 metres but unfortunately her race day manners didn’t allow us to do that,” McEvoy said.

“She didn’t miss any work but obviously we would have much preferred her to have had that race going into it.

“She has had a bit of a problem with barriers in the past but not for a long time, since she was a two-year-old.

“I think the day just got the better of her at Warwick Farm.”

Xilong had to barrier trial to the satisfaction of stewards, which she did at Randwick five days after her Warwick Farm scratching.

McEvoy, who trains in partnership with his father Tony, said the filly did everything asked of her there and was in good order for the Surround in which she will be ridden by Glen Boss.

“Glen Boss galloped her this morning at Randwick and he really liked her,” McEvoy said.

“If she’s on her best behaviour she’ll run a really nice race, I believe.”

But McEvoy is under no illusions about the task facing Xilong against a star-studded field of 14 three-year-old fillies headlined by Group One winners Flit, Funstar, Lyre and Kiamichi.

Funstar ($3.40) was shading Flit for favouritism on Wednesday while Xilong was $23.

“But that’s what we think of her. She’s won four from six so she’s a classy filly and she deserves to be there.

“She’s obviously against some of the best three-year-old fillies in the country and I think they’re a very good crop of fillies so we’re under no illusions it’s going to be a big ask of her.

“But we think she will run well and we wouldn’t be running her if we didn’t think that.”