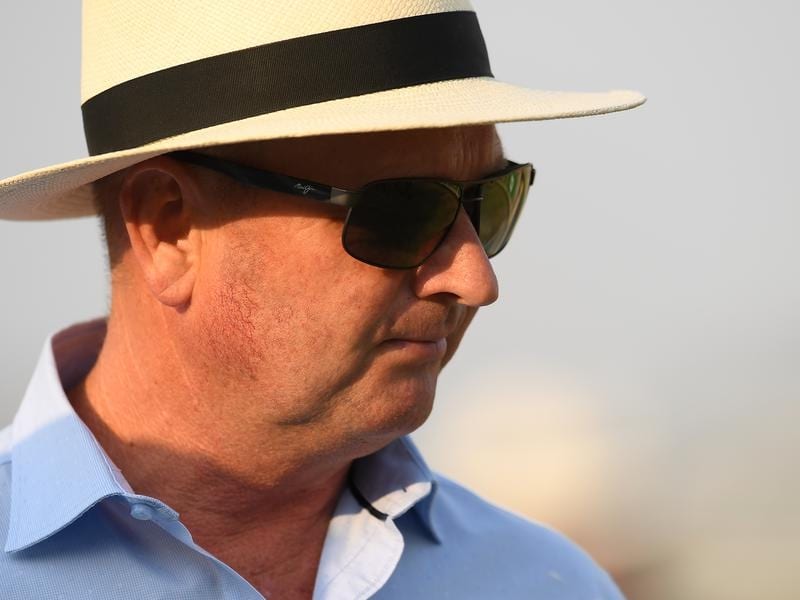 Trainer Toby Edmonds hopes Xerri can live up to his name when he makes his debut at Eagle Farm.

Expensive colt Xerri has a bit to live up to when he makes his debut at Eagle Farm.

Co-trainers Toby and Trent Edmonds have backed their good opinion of Xerri by accepting with him in the $125,000 QTIS Two-Year-Old Handicap (1000m) at Eagle Farm.

There is a restriction on the number of runners from the 1000m starting point at Eagle Farm with only 10 allowed.

However, it is a quality field which includes boom youngsters Rothfire and Uncle Frank.

Toby Edmonds said Xerri should not be out of place in the field of experienced two-year-olds.

“If our Xerri is half as good a horse as he is a footballer we might have something.”

Xerri cost $410,000 at the Magic Millions Yearling Sales last year which is hardly surprising because he is by champion sire Snitzel out of the mare Sempre Libera.

“His trial win at the Gold Coast was good and he has the right bloodlines,” Edmonds said.

Xerri is entered for both the Group One Golden Slipper and Group One Sires’ Produce during the Sydney autumn.

Edmonds will not consider a Sydney trip for Xerri until after Saturday.

Bronson Xerri made his NRL debut for Cronulla last season and is being tipped as a future State Of Origin player.