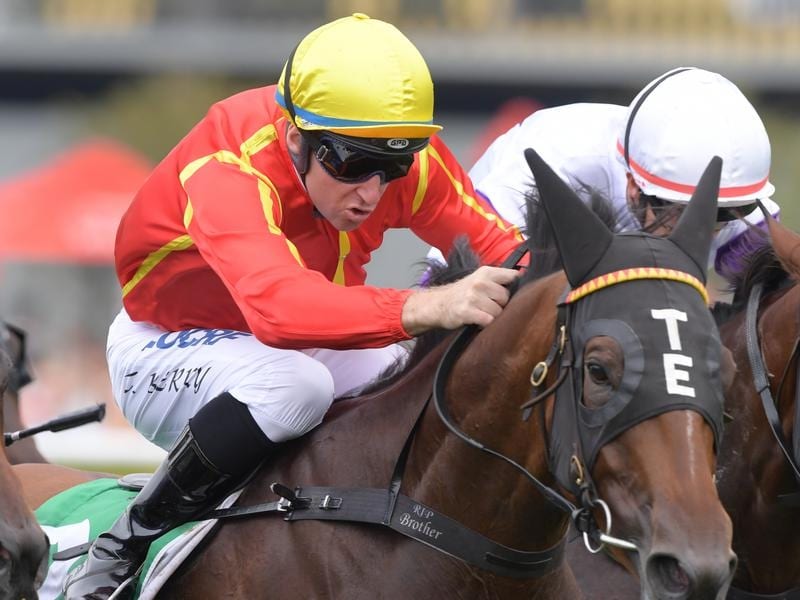 Winter Bride is out to snare a Group One win in New Zealand’s Telegraph at Trentham.

Australian mare Winter Bride has drawn barrier four of 13 for her second attempt to snare a Group One win in New Zealand.

Trained at the Gold Coast by father-and-son team Toby and Trent Edmonds Winter Bride was trapped three-wide in the Railway at Ellerslie on New Year’s Day from gate 10 of 14 when a close second to Julius.

She runs in Saturday’s Telegraph (1200m) at Trentham, where she again meets Julius, who has barrier nine.

Toby Edmonds said all had gone well since the Railway and having that race under her belt should be of benefit.

“She has drawn well this week, which is great,” Edmonds told NZ Racing Desk.

“I am quite keen to get her down there and see how we go.

“It was nine weeks between runs in the Railway and to do that off a soft trial I thought it was a credit to her.”

The Trentham track was rated dead (5) on Wednesday morning, something that should suit Winter Bride, who is the winner of nine of her 25 starts.

“She likes the juice out of the track a little bit so if that happened down at Wellington that would be better but she is in really good order,” Edmonds said.

“She has had a good couple of weeks in between runs and galloped beautifully at Pukekohe on Tuesday. She is on her way down to Wellington today (Wednesday).”