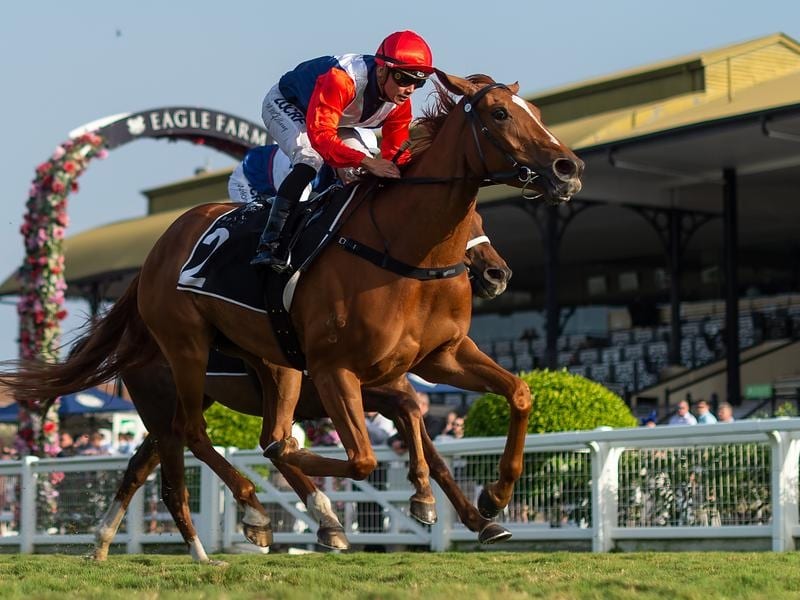 Queensland Horse of the Year, Oaks winner Winning Ways, has been sold to Europe.

Winning Ways was named Queensland Horse of the Year for last season which included her win in the Group One Oaks (2400m) in May.

Trainer Garry Newham confirmed Winning Ways had been sold and sent to Europe.

“Whether she races in Europe or goes to stud there is up to the new owners. I got her papers ready so she could be picked up from the spelling property and then fly out last week,” Newham said.

“That is basically all I know. She is a lovely mare and will be a success no matter what she does.”

Winning Ways won the Spring Cup at Eagle Farm in September and had her last Australian run at that track when third in the Shoot Out Quality on December 28.

She was bought as a yearling by the late Paul Makin and his estate raced the mare in her final campaign.

She is one of several top class horses Newham has trained including the multiple Group One winner Starcraft raced by Makin.

Newham has several other horses for Makin’s estate and will continue to train them.

“There are a couple of young horses here and I will continue to train them,” he said.

“When they are finished that will be it for me as well.”