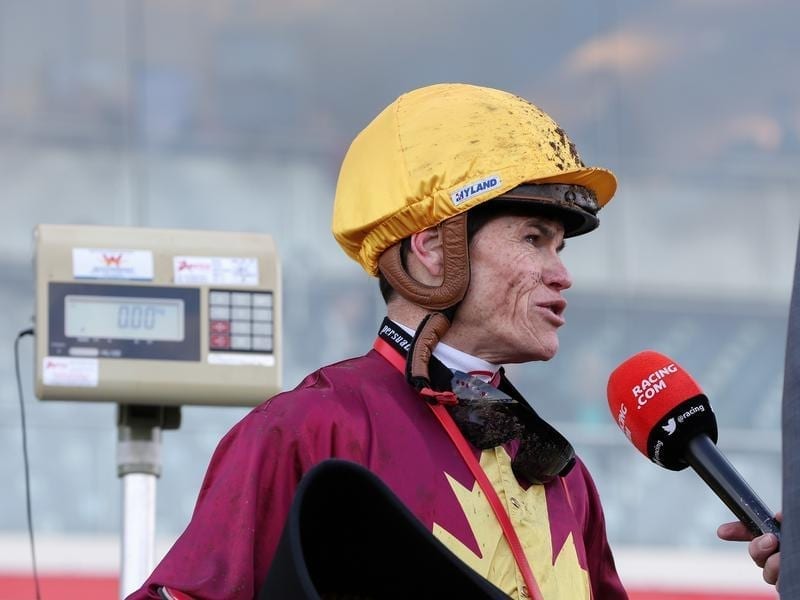 Craig Williams will continue to strive for a Melbourne premiership record after claiming his eighth.

Champion jockey Craig Williams has the record for the number of Melbourne jockeys’ premierships in his sights after securing his eighth title.

Williams rode one winner at Caulfield on Saturday, the final Melbourne city meeting of the season, to finish 2018/19 with 83 metropolitan winners in Victoria.

He was 18 clear of his nearest rival, 10-time champion Damien Oliver.

The late Bill Duncan and late Roy Higgins jointly hold the record of 11 Melbourne jockeys’ premierships, something Williams says is something he will strive to achieve.

“It is an amazing goal to be setting for myself and my team. And we’ll definitely set that goal.

“It would be a great thing.”

After the death of Higgins in 2014, Racing Victoria created the Roy Higgins Medal which is awarded to the winner of the Melbourne metropolitan jockeys’ premiership each season.

Williams has now secured the medal for the past four seasons.

He will have a family holiday before returning to race riding in Melbourne in late August.

Williams said winning this season’s premiership was something he had begun focusing on several months ago.

“It’s always a great objective for any jockey,” Williams said.

“Myself and my team worked hard. Seven months ago we worked out what our schedule was going to be for the remainder of the racing season in Australia and there was no international travels. And we just focused then on trying to win the championship.

“We’ve had great competition. We’ve got great support and luckily enough we got the right result.

“It was a great achievement from all my team.”

Williams’ season haul of winners included two Group One victories, the Thousand Guineas on Amphitrite and the Kennedy Mile on Best Of Days.