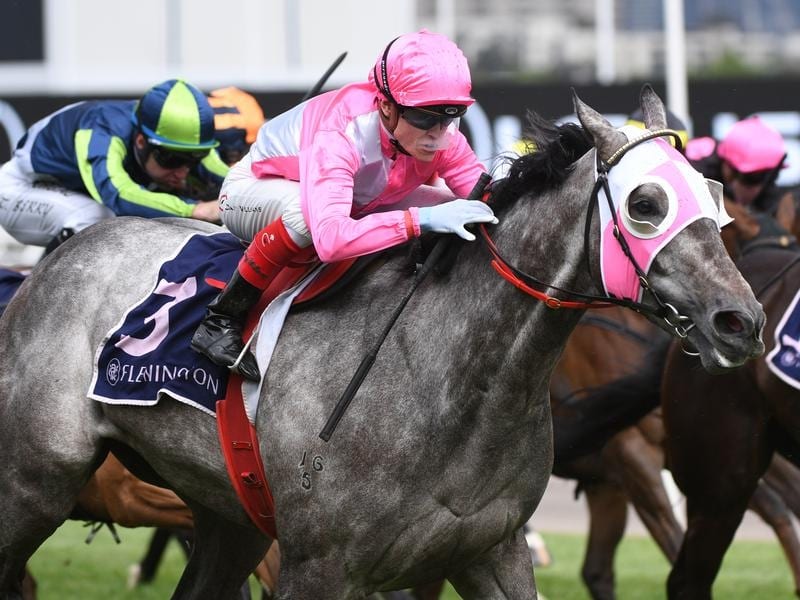 Craig Williams has brought up a VRC Oaks day treble, courtesy of Star Missile in the Country Final.

Melbourne Cup-winning jockey Craig Williams has added the $500,000 Country Final to his carnival tally, pleasing hundreds of owners in the process.

Thursday’s race was restricted to horses that had won their way through a series of eight $100,000 heats on country tracks around Victoria and to trainers away from the metropolitan area.

“He’s sort of in his right little niche there at the moment. We’ll probably just keep focusing on that and keep enjoying it.”

Having targeted Star Missile at the 1600m Country Final, Eurell will now pause before contemplating the $5 million All Star Mile at Caulfield for the four-year-old in March.

“He’s probably got a long way to go for that, but he’s not doing anything wrong, that’s for sure,” he said.

Williams, who earlier won the Subzero Handicap on Bumper Blast and the Listed Century Stakes on Soothing, was thrilled for the syndicate.