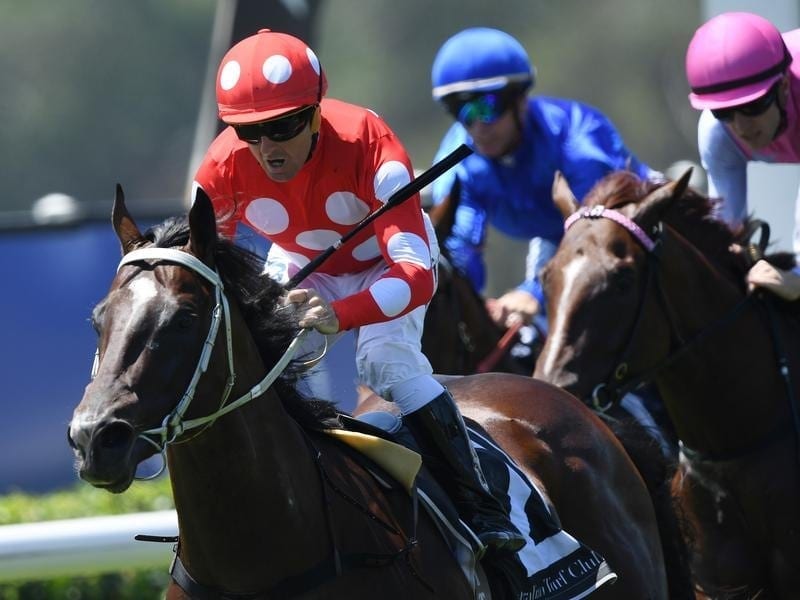 The Brad Widdup-trained Sandbar has drawn the widest of nine entries in the Listed Rosebud.

Brad Widdup is keeping an open mind on a seasonal return for Sandbar despite the disappointment of a wide barrier in the Rosebud at Rosehill.

Sandbar has drawn the deepest of nine runners to accept in a Listed race that is a stepping stone to next month’s $1 million Golden Rose.

“It’s not ideal and he doesn’t have to run,” Widdup said.

“But he is very tough and very honest and the races only get tougher from here.

“There’s no need to make a decision today about running, we’ve got until Saturday morning.”

Sandbar holds a special place in Widdup’s career as the first stakes winner for the trainer who has made impressive inroads since leaving the Godolphin operation last year.

The best of those came when Sandbar accounted for Satin Slipper and Rosebud rival Oxford Tycoon in the Lonhro Plate at Listed level.

It was enough to secure Sandbar a start in the Golden Slipper and the colt acquitted himself well with a midfield placing.

There will be scope for Widdup to improve on his 2017-18 haul with renovations to his Hawkesbury stable expected to be finished next month.

“At the moment as soon as one horse goes out another one comes in,” Widdup said.

“We’re building another 24 boxes and we’ll go to having 53 horses in work by the end of September.

“Having said that I don’t really take notice of numbers – you just keep going in this game.”

The winner of an 800m barrier trial at Warwick Farm, Sandbar occupies the fourth line of early Rosebud betting in a market dominated by Godolphin three-year-old Plague Stone.

Plague Stone resumed to beat the Widdup-trained filly Witherspoon in the Rosebud Prelude at Randwick on July 21.

Widdup wants to give Sandbar his chance in the Group One Golden Rose – the spring sister race to the Golden Slipper – confident the colt can extend his natural speed to 1400m.