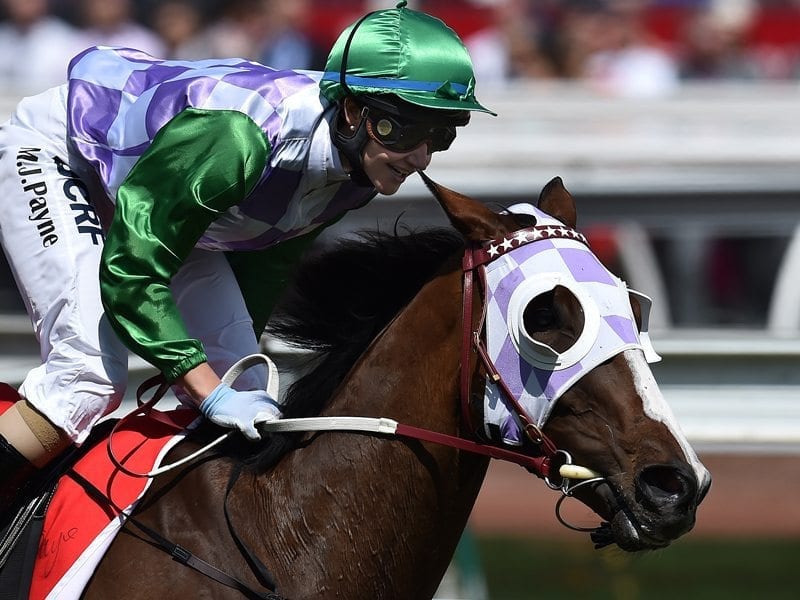 Prince Of Penzance is on target to return to the scene of his Melbourne Cup triumph at Flemington.

Prince Of Penzance is on target to return to the scene of his Melbourne Cup triumph at Flemington in the Makybe Diva Stakes.

Trainer Darren Weir has a number of high-profile gallopers building up to this year’s spring carnival, including Cup winner Prince Of Penzance who galloped with Japanese horse Tosen Stardom at Mortlake in Victoria on Monday.

“Tosen Stardom and Prince Of Penzance will probably go to the Makybe Diva and then we’ll work it out which way we head from there,” Weir told radio station RSN.

Tosen Stardom, who will be aimed at the Cox Plate, has joined Weir’s team after missing the Queen Elizabeth Stakes during the Sydney autumn because of a bleeding attack in trackwork.

“He and Prince Of Penzance stretched their legs over half a mile (800m) this morning and both worked great. They’re both in fantastic order.

“He is a real standout-looking horse. I’m really excited to see where he ends up.

“Johnny Allen rode Prince Of Penzance this morning and said he felt great. He was really happy with the way he’s moving and he looks fantastic.”

Weir said The Goodwood winner Black Heart Bart would be aimed towards the Cox Plate.

Black Heart Bart is in Queensland after his winter campaign and will have a couple of weeks working on a water walker before returning to Weir’s stable.

“They (the owners) have got their mind sort of set on the Cox Plate so we’ll head that way and see how far we get,” Weir said.

Weir has trained 101 metropolitan winners in Victoria so far this season, reaching the century at Flemington on Saturday.

His season tally nation-wide sits at 333 winners, one behind the record set by John Hawkes in 2002-03.

Weir has runners at Murtoa on Tuesday and also a big team accepted for Moonee Valley on Wednesday.