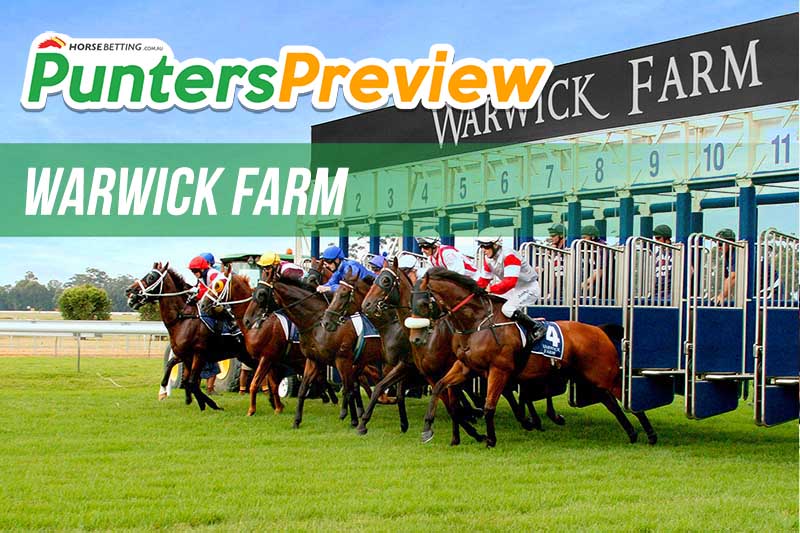 WARWICK Farm is back this Saturday and punters have a huge nine race card to look forward to.

There’s plenty of great action on the agenda in Sydney and a beautiful day of racing is predicted so let’s get stuck into the tips and find some winners.

Looking for a new bookmaker ahead of The Farm’s card?

Satin Slipper won brilliantly in the Gimcrack Stakes on debut and we think it will remain undefeated on Saturday. The horse has trialed beautifully leading into this race and it would take something disastrous for it to lose the opener in our eyes.

Beijing Board is hunting a hat-trick and the Godolphin runner is poised to complete it. The horse rises in grading here but has runs on the board. This is a runner that we suspect can progress on into listed and group company.

Pressure goes off She Will Reign with the scratching of Nature Strip and we think it’s the Golden Slipper winner’s race to lose. This is a Group 1 winning animal which simply has another level on this field.

Star Boy won brilliantly at Muswellbrook on January 12 and if it can bring the country form to the city it’s worth a cheeky go. The speedy beginner will relish barrier two and we think it can go on with the job after breaking the maiden in strong fashion.

Ballistica is debuting here but if the trials are anything to go off, the galloper will be smashing this field. The daughter of Smart Missile has won two trials with ease. The Bjorn Baker two-year-old gets a great gate here and we believe it makes a successful first start.

Siege Of Quebec is a runner we have a high opinion on, and in a highly competitive field we feel it can continue its great form. The horse has lost just once in its four race career and on that occasion it only finished second. This is a progressive type, but it needs to show its up to a sterner challenge today. We think it will.

Egyptian Symbol is third-up where it has won and placed at previously in the past. Upon resuming the horse won the Listed Starlight Stakes (1100m) before going to the Gold Coast and being beaten by smart type Viddora. No shame in the third placing there and we think the third-up form is pivotal.

Show A Star has great third-up form leading into this event and we’re backing it in once again to get the job done fit. The horse has recorded two wins and placing from four attempts and also has won exactly half of its eight races at this distance.

Hieroglyphics is back from the paddock and usually runs well fresh. From five first-up attempts the daughter of Conatus has three wins and two placings. The only downside here is a wide barrier draw, but if it slides across nicely we think Hieroglyphics can end the day in winning fashion for us.