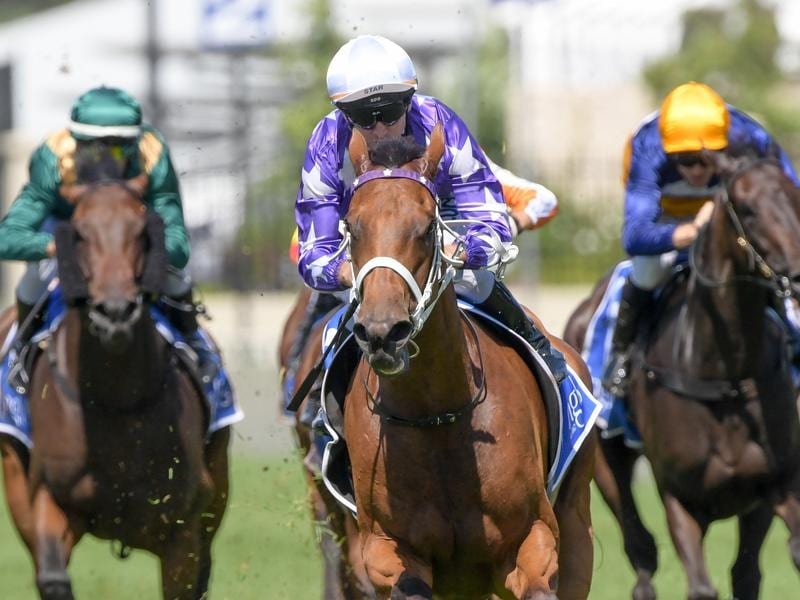 Fiesta is one of three Chris Waller-trained runners in the Guy Walter Stakes at Randwick.

Chris Waller has a host of horses in stakes races at Randwick but the Guy Walter Stakes holds a special place for Sydney’s premier trainer.

He will saddle three runners in Saturday’s Group Two race for mares over 1400m named for the late Warwick Farm trainer.

“It is always a pleasure to run horses in this race,” Waller said.

“There is barely a week that goes by where I don’t think about Guy and the mark that he left on Australian racing, in particular young trainers and jockeys,” Waller said.

“I know that with many of the jockeys it is a huge thrill for them to win the race and it is very similar for myself.

“Obviously we purchased the stables off Guy and Wendy at Warwick Farm and are proud to see the horses run well out of that stable each week.”

Waller can make a case for all three of his runners.

“Noire ran a good race first-up and will hit the line strongly,” he said.

“Just by circumstances Fiesta ended up too close first-up, and I am hoping that over 1400 metres she can run much better.

“Sweet Scandal had no luck first-up and will improve from that run. She has drawn a little bit awkward but hopefully she can get one off the fence and finish off.”

Sweet Deal is the race favourite for trainer John Thompson and jockey Blake Shinn, both close friends of Walter.

Shinn, who is visiting from Hong Kong, was stable rider for Walter in the years before his death in 2014.

He and Thompson will combine with Dreamforce in the Group One Chipping Norton Stakest, a race Tie The Knot won four times from 1999 to 2002.