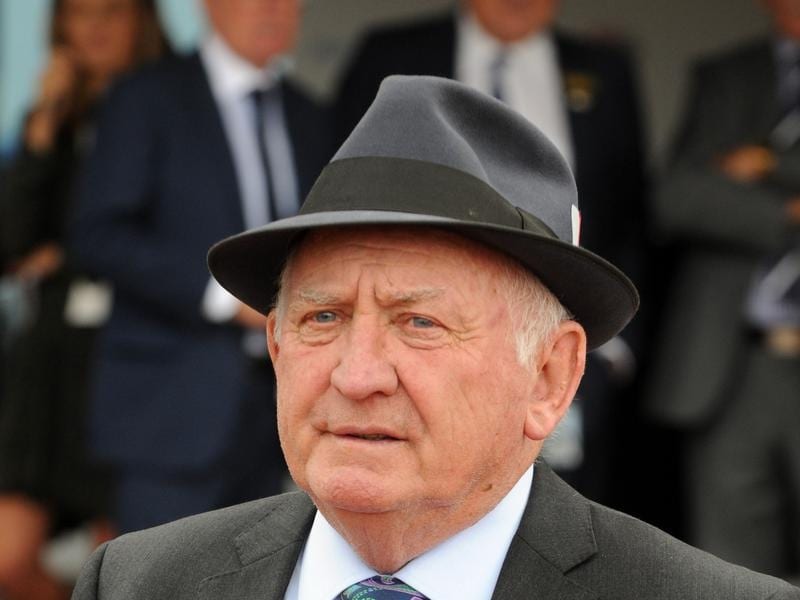 Adelaide trainer Leon Macdonald expects Waging War to run well when he brings him to Sandown.

Adelaide gelding Waging War will press his Winter Championship claims in Melbourne when he runs in a heat of the series at Sandown.

Waging War is the early favourite for Saturday’s Ladbrokes Back Yourself Handicap (1600m) and co-trainer Leon Macdonald expects the five-year-old can make his presence felt off the back of a last-start win in Adelaide.

“I thought he won really well last start and he had plenty of weight (59.5kg),” Macdonald said.

“He was pretty good in his previous run as well when he ran second in the Group Three race (R.A Lee Stakes). So he’s going all right.

“He can be quite competitive in that race on Saturday.”

The winner of Saturday’s open handicap is exempt from the ballot for the Listed Winter Championship Series Final (1600m) at Flemington on July 6, a race Macdonald believes will suit Waging War.

The gelding has a Melbourne win in last year’s VOBIS Gold Mile at Caulfield and finished fifth in the same race in April.

Among his other unplaced Melbourne appearances was a sixth in the Group One Toorak Handicap last spring.

A son of Rebel Raider who Macdonald trained to victories in both the Victoria and SA Derbys during the 2008/09 season, Waging War will go past $500,000 in career earnings if he can notch the eighth win of his career at his 26th start on Saturday.

“We hope that he could measure up to the Winter Championship after this race,” Macdonald, who trains in partnership with his son-in-law Andrew Gluyas, said.

“I think that’s the sort of horse he is. I think he’s a horse that’s just off the top. He did run a good race in the Toorak in the spring but he’s not really a spring horse.”

Waging War has barrier 11 in the field of 14 and is at $3.70 with import Al Galayel on the second line of betting at $5 for his first start since finishing unplaced as favourite in the Hobart Cup in February.