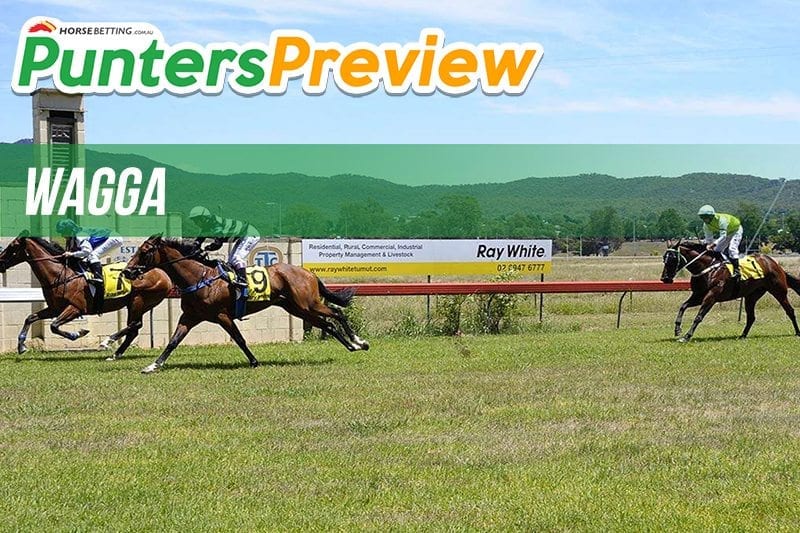 One of rural NSW’s favourite country cups is this Friday as Wagga holds its Gold Cup meeting, and as always we’re delivering your tips and best bets for the day.

The headline event of the day the Wagga Gold Cup looks to be one of the best editions of the race in recent memory with Waterhouse and Bott, Godolphin, Peter and Paul Snowden and Chris Waller attempt to punch the trophy from the local guys Craig Widdison and Trevor Sutherland.

It looms as a fantastic day of racing and we’ve got your tips for the day sorted below.

Withorn looks to have finally found the right race to breakthrough at the 13th time of asking.

The horse resumed at Wagga on April 23 and acquitted himself as a market outsider, finishing within two parts of a length of the winner.

Second-up and all the fitter for the resumption Withorn should get the job done.

Rarer Than Rubies didn’t deliver as a short priced favourite at Benalla but we think it will benefit the horse greatly to get that run under the belt.

It’s a massive field which makes tipping in this race difficult but Rarer Than Rubies comes into it second-up and from a decent gate given how many are in the field.

We’re backing Rarer Than Rubies in.

The horse is resuming for the first time since winning easily at Corowa on January 17, winning sharply by just shy of a length and a half.

If the horse is fit coming into this event Yousay Bolt should be cantering home in this event.

Francisco Pizaro has been in good form this campaign, winning once and only missing the placings once across four runs.

The only run this campaign which was disappointing was a seventh placed finish in the Canberra Guineas, which is obviously a big step up in class from this contest.

This one looks set up nicely for Francisco Pizaro.

Lost Command gets a horror draw here but has been building nicely into this campaign.

After finishing sixth in a resuming run the finished just over a length away in second in a higher grading than what she will confront on Friday.

The wide barrier will be a massive concern but we’re prepared to take her on at the odds.

Perfect Pitch has placed in all three runs this preparation, finishing second at Warwick Farm around this grading back on April 17.

The horse drops 1kg for that effort and returns to a distance where it has performed well at, delivering a second placed finish across two efforts.

Abdon draws a wide gate for Chris Waller but still looks to be the class runner in this field.

Last start the horse was just over three lengths away in a Group 3 race at Randwick, which is a huge step up in class from this event.

It should be another major Cup for Chris as Abdon will be far too good for them.

Rafha’s Choice resumed nicely with a third behind the smart winner Rockin’ Ruga at Kembla Grange.

The horse has quality second-up form, winning once from two attempts. The horse looks to be the class runner of the field and we’re backing the gelding to add a fourth win to his career.