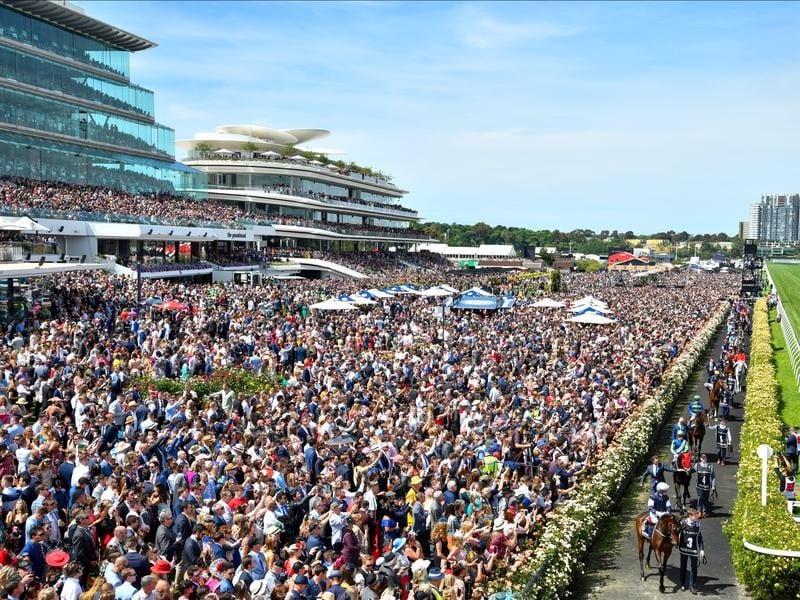 Officials say plans remain in place to stage the Melbourne Cup on the first Tuesday in November.

The Victoria Racing Club is determined to run the Melbourne Cup this year, even if it is held behind closed doors due to the coronavirus pandemic.

The commitment comes after Moonee Valley Racing Club’s chief executive Michael Browell said his club would consider not staging the 100th running of Cox Plate this year if it could not be run in front of a crowd at The Valley in October.

Racing in Australia is continuing through the COVID-19 crisis with crowd lockouts and only essential staff attending meetings.

First run in 1861, the Melbourne Cup has been run every year since, continuing through two World Wars, the Depression and VRC chief executive Neil Wilson said the club was planning this year’s race to run on the first Tuesday in November.

Wilson said it was incumbent upon the VRC to provide the Cup as a platform of enjoyment for not only the people of Australia but also the world.

He pointed out the Melbourne Cup has a reach of 750 million people around the globe.

“They are not there year by year anyway so they are still an audience we want to reach,” Wilson told RSN927.

“Certainly our goal is this year we have a Melbourne Cup and we are certainly looking for the first Tuesday of November to be the date that it is run.”

The $8 million prize pool for the Cup is something the VRC is considering.

Wilson said holding prize money at the same level as last year “didn’t quite sit right with the VRC” while people were losing their jobs.

While the VRC has not yet ruled out international competitors at this year’s carnival, Wilson said in the current state it was difficult to see how that will play out.

“Regardless of whether there is a strong, or any, international contingent, we’ll have a great field,” Wilson said.

“Maybe that’s the characteristic of this year’s Cup, that Australian feel of getting back into the game with an Australian Melbourne Cup.

“We are looking to make this a very special day, a special week, and it comes on the back of a very difficult time for a lot of people.”