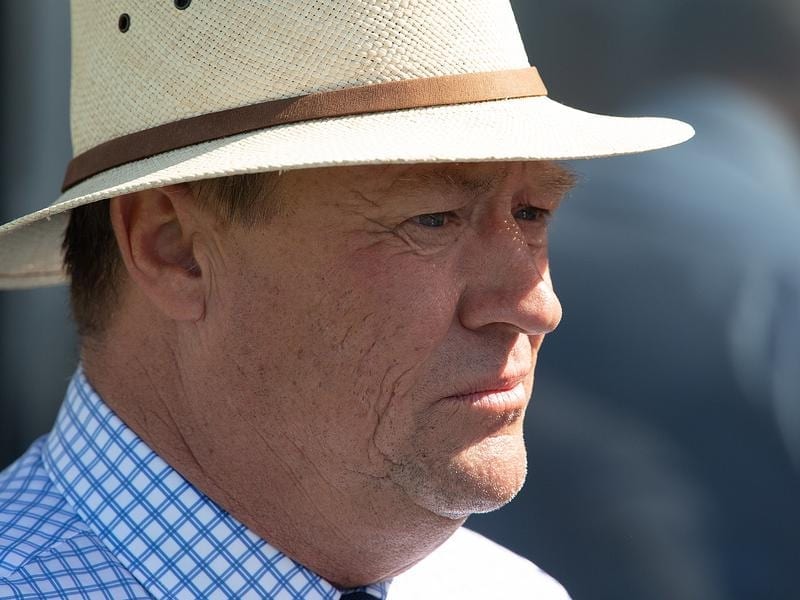 Singapore-based South African Barend Vorster has been issued a giant challenge for his first ride in Australia.

Game Keeper has drawn barrier one in the 14-horse field.

One of Singapore’s leading jockeys over a long period, Vorster is Australia-bound to ride for Game Keeper’s trainer Tony McEvoy as his South Australian stable jockey as soon as he gains his visa.

Vorster said he and McEvoy had also discussed the prospects of the occasional trip to Melbourne to ride and he was pleased to get the opportunity ahead of his permanent move.

“It’s come up a little earlier than expected,” Vorster told AAP from Singapore.

“Tony rang me on Monday to see if I was interested which I definitely was.

“I’ll come back to Singapore on Sunday and hopefully it won’t be too long before I’m back down again.

“I’m really grateful for the opportunity. It’s wonderful racing with quality horses and I’m really looking forward to it.”

Vorster said he would arrive in Melbourne on Friday and hoped to pick up a ride or two earlier on Saturday’s card and get a feel of the track.

“I’ve traded whips with most of the guys riding in the race before,” Vorster said.

I’ll try and have a walk on the track Friday afternoon or Saturday morning, have a look at the track, and have a chat to Tony about the horse.

“He said he’s pretty straightforward so I’m looking forward to the challenge.”