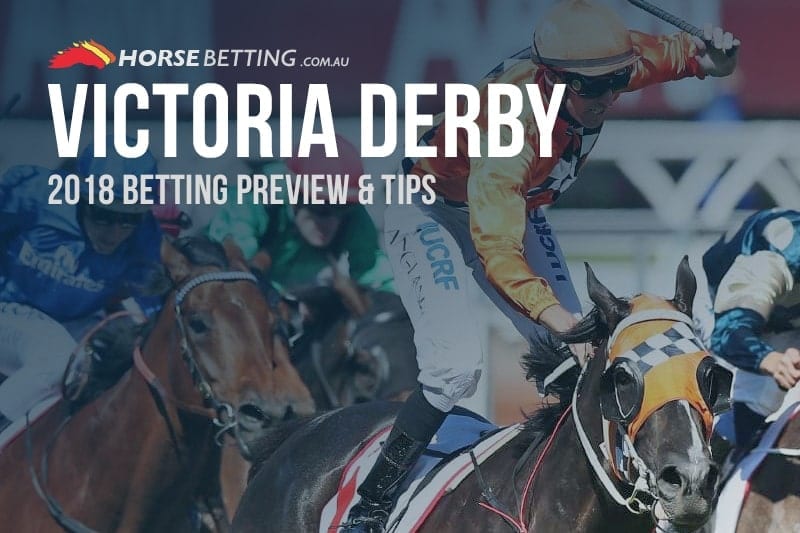 VICTORIA Derby Day is upon us and it’s like Christmas and your birthday all wrapped up in a nine race package.

The experts at Horse Betting have taken a look at the entire card and delivered the best bets for what should be the best day of racing of the Melbourne spring.

Ranier is a galloper we’ve long been fond of and we feel the penny has finally dropped for the Godolphin galloper.

Breaking through at the sixth time of asking at Caulfield last time out, the prodigiously talented colt was the heir apparent for Oohood’s title as Australia’s best maiden prior to that win. That win would have boosted the confidence of the team immensely and we’re backing another strong performance in here.

Kiwi import Verry Elleegant is the best bet of the day.

The horse won two of her first three starts across the Tasman before debuting with a third in her Australian debut before an eye-catching win in the Ethereal Stakes.

The filly is currently at even money to win and it wouldn’t surprise us to see her firm even further ahead of the start time.

Verry Elleegant is at $2 at our trusted online bookmakers

Osborne Bulls should make it two wins from two races for Godolphin on Derby Day.

Many thought The Everest was beyond the five-year-old at this stage of his career but the gelding rocketed down the outside fence to deliver a third placing. It’s the first time Osborne Bulls has experienced the straight but we think it shouldn’t be an issue.

Osborne Bulls is at $2.90 to win the TAB Stakes

A strong third placed effort in the Herbert Power Stakes suggests to us that A Prince Of Arran is ready not just win Lexus Stakes, but to make a real splash in the Melbourne Cup.

The Charlie Fellows runner needs a win to ensure his place in the race that stops a nation and we feel its the best prospect in a race that has a number of solid chances vying for the final ballot exemption.

A Prince Of Arran is $3.70 at BetEasy to win the Lexus Stakes

We backed Sunlight to win the Manikato Stakes last start. The filly took on the older horses and didn’t get a lot of luck in the tight Moonee Valley straight.

Back to the wide expanses of Flemington, against horses her age – what’s holding her back? Sunlight looks be great value in the Coolmore.

Sunlight is $4.50 to win the Coolmore Stud Stakes

I Am Star is looking to register a fourth-straight race and looks well placed to be a major contender.

The race is filled with genuine group talent everywhere you look but the thing is does lack is an on-pacer. I Am A Star loves it at the front and should get the lead almost unchallenged.

It’ll take a world of running down, and we can’t ignore the place price on offer.

Thinkin’ Big ran them into the ground last time out at Caulfield in the Classic and once again looks set to do the same here. The Waterhouse and Bott runner ran them a merry dance from the head of affairs in that race and it looks like the natural leader here.

The other jockeys won’t be asleep on the colt like they were last time out, but if Thinkin’ Big has a big enough game coming to the 400m he’ll be hard to run down.

Thinkin’ Big is $3.30 to win the Victoria Derby

Iconoclasm looks to be a sensational bet at odds here.

Looking for a third-straight win after successes at the Valley and Caulfield, the four-year-old jumps significantly in class but a 7kg weight drop leaves us very confident of the horse’s chances here.

The unbeaten record at Flemington over three starts doesn’t read too badly either. We’re backing Iconoclasm to cause an upset in the penultimate.

Iconoclasm is at $13 to win the Kennedy Mile at BetEasy

Petrelle looks to be a sprinter that has plenty of upside going forward.

A winner of two races from three starts, the Archie Alexander-trained runner comes to metropolitan Melbourne for the first time after finishing second Durbridge Stakes at Morphettville last start.

Petrelle looks to be a good double figure hope to round out the Derby Day card.

Petrelle is at $11 to win the Furphy Sprint