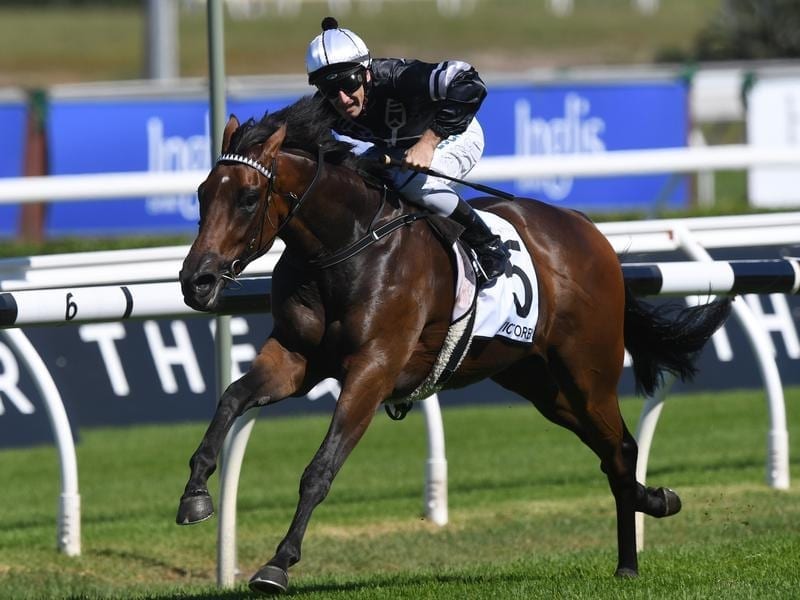 Country-trained Victorem will be tested at black-type level in the Keith Noud Quality at Doomben.

Trainer Jenny Graham has put the disappointment of the Kosciuszko behind her and is focused on chasing stakes success in Brisbane with promising country galloper Victorem.

The sprinter had been a popular favourite leading into the $1.3 million Kosciuszko at Randwick last month but his stocks diminished when heavy rain soaked the track.

Victorem still finished a creditable fifth to Belflyer but like many horses on the day, struggled to produce his best on the testing ground.

“He doesn’t really handle the heavy that well. If it hadn’t of been that particular race he probably wouldn’t have run,” Graham said.

“But that’s how racing is, that’s what we had to deal with that day and we had to just go with it.”

Graham has shifted her focus to black-type racing and Victorem will have his next start in the Listed Keith Noud Quality (1200m) at Doomben on Saturday.

The Port Macquarie-trained four-year-old arrived in Queensland a week ago to prepare for his first start at Doomben.

With Dissolute an early scratching after trainer Greg McFarlane opted to run the horse in Sydney, Victorem will have 11 rivals headed by top weight and seasoned campaigner Most Important.

Regular rider Ben Looker will be in the saddle and from barrier three, Graham is hoping he can settle the backmarker within striking distance.

“It’s definitely not going to be an easy race,” she said.

“I’m happy enough with the horse, he’s weighted nicely, he’s drawn nicely so if he can have a bit of luck in transit he’ll be thereabouts.

“They usually run pretty solidly at Doomben and run along a bit so I’m just hoping he doesn’t get too far back. He’s drawn nicely to put himself in the race so hopefully that can happen.”

A brilliant winner of the Country Championship at Randwick in April, Victorem finished runner-up in the Hawkesbury Guineas at his only try in stakes company.