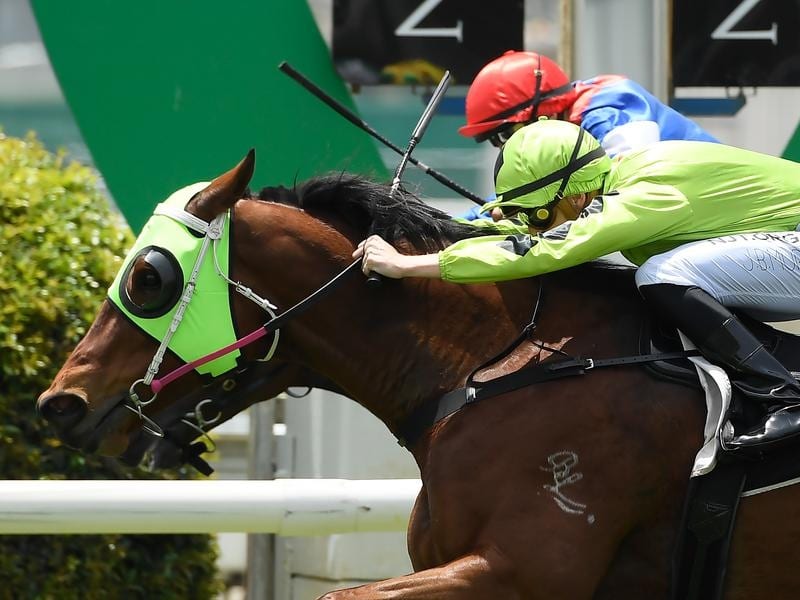 High Cost has produced a strong finish to bring up his ninth career win at Doomben.

Veteran galloper High Cost continued to make a mockery of predictions he would never race with his ninth win at Doomben.

Drake, a former jockey, has been associated with High Cost since his early days when she rode him.

“You know, when we first got him the vets said he might not race at all. But he was having his 72nd start today and he just continues to race well,” Drake said.

“He is a funny horse and he has to be given a chance to come late which is what happened today.”

Winning jockey Jackson Murphy said High Cost had been run off his feet early but had picked up the leaders quickly in the final 100m.