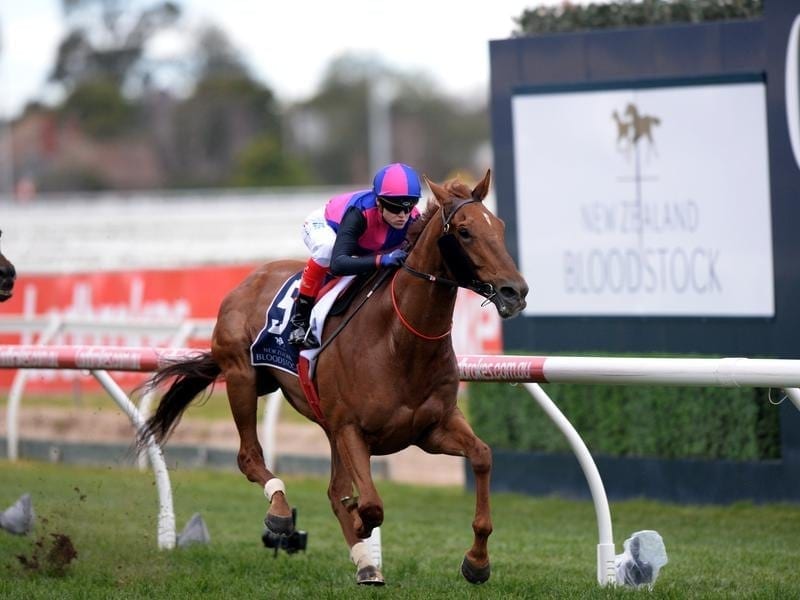 Vega Magic will try to secure a slot in The Everest after finishing second in last year’s race.

Vega Magic will tune up for the Bletchingly Stakes in a Flemington jump-out and trainer David Hayes believes the sprinter is ready to press his claims for one of the remaining slots in The Everest.

The dual Group One-winning sprinter is scheduled for an 800m jump-out on Friday.

“I’m sure he’s back to his best and we’ll see it tomorrow,” Hayes said.

“The plan is to go to the Bletchingly and show everyone that he is back to his best and hopefully get an Everest slot.”

The Group Three Bletchingly Stakes (1200m) is at Caulfield on Saturday week.

The five-year-old secured a slot in the inaugural Everest at Randwick last October, finishing second to Redzel but has been unplaced in three starts since.

He needed stitches to repair a cut to a leg suffered in a paddock accident after the spring and was then aimed at a defence of The Goodwood in May.

Vega Magic was eighth as the $4 favourite in The Goodwood in his only start so far in 2018 which was won by Santa Ana Lane who has already secured a slot in this year’s $13 million Everest.