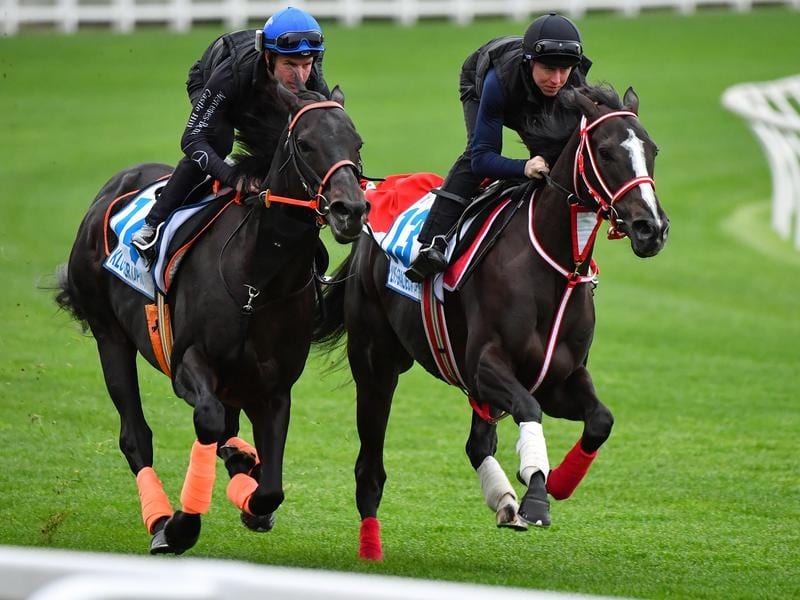 Connections of Cox Plate favourite Lys Gracieux are leaving nothing to chance with the mare having a familiarisation gallop around The Valley.

Lys Gracieux and fellow Japanese Cox Plate invitee Kluger were taken to track on Wednesday morning having completed their quarantine period at Werribee.

Damian Lane, who partnered Lys Gracieux in her most recent win in the Takarazuka Kinen at Hanshin in June, was aboard the mare while Tommy Berry came from Sydney to partner Kluger.

Both jockeys will ride the respective horses in the Cox Plate on October 26.

Lane said Lys Gracieux looked in great order after spending the past fortnight in quarantine.

“To the eye she looks very similar to the last time I saw her in the mounting yard at Hanshin,” Lane said.

“She always looks a touch light as she’s a bit of an athlete, very tight, but the guys are adamant they’ve brought her out here a fit horse.

“I think she’ll adapt to The Valley no worries.

Lane, who partners another Japanese horse, Mer De Glace, in Saturday’s Caulfield Cup, said it was exciting to ride horses he had previously had an association with overseas.

“She’s one of the better horses I’ve ridden in my time and I’m really looking forward to the challenge,” Lane said.

Berry reunited with Kluger having ridden the horse twice during the autumn carnival in Sydney.

After an Australian debut fourth behind Brutal in the Doncaster Mile, Kluger ran Winx to 1-1/2 lengths when second in the Queen Elizabeth Stakes at Randwick.

Berry said The Valley was not an easy track for first-timers, but it was no problem for Kluger who switched easily to his lead leg when required.

“I was anxious to get back on him and when I first saw him get off the float this morning, I thought we’re in for a treat,” Berry said.

“I had a pretty big opinion of him after the autumn and it’s great to see him come back in better form with that trip away.

“Looking at him, in his fitness, in his coat, in his demeanour, he’s a lot more switched on than he was last time around.

“He worked against one of Japan’s top horses and he didn’t shirk his task out there with her.”