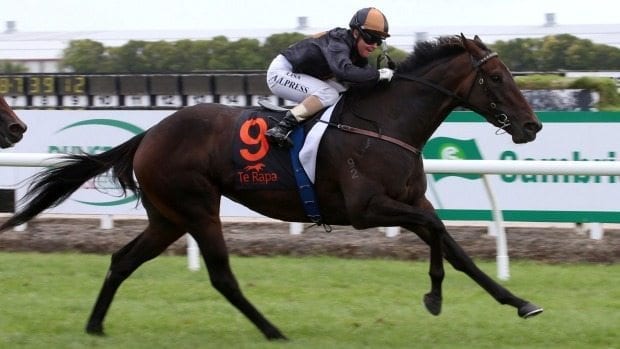 The daughter of Mastercraftsman was last seen running over 2400m in the ATC Oaks at Randwick where it finished sixth behind fellow Kiwi Sofia Rosa, and not many punters thought it would win fresh up over 1200m in the Harcourts Optimize Open Handicap.

A group one winner in New Zealand, Valley Girl flew under the radar in what was an unsuitable distance and punters were confidently backing stablemate Hasselhoof which was unbeaten in four starts on the track, but Valley Girl demonstrated its class and will now head to the Group 1 Makfi at Hastings where it is currently $12 at Sportsbet.com.au before a potential Australian campaign later in the year.

“Very lovely, both of them went good,” co-trainer Chris Gibbs said. “She was just a more forward than him (Hasselhoof). She will take a heck of a lot of improvement out of it. She wasn’t cherry ripe, but the forgotton horse with him in the race. She’s come back bigger and stronger.

“We had a good chat about what we wanted to do and what we were trying to achieve. (The) Makfi, looking forward to going down there and could well to Australia.”

Hasselhoof ran as the $2.60 favourite, but didn’t enjoy the slow tempo up front. It was the first time the five-year-old had been beaten on its home track, but after contesting the Parramatta Cup at Rosehill last start, it should improve with more time this season.

Jockey Danielle Johnson had just returned from an injury-enforced holiday and is looking forward to potentially riding Valley Girl in the Makfi Challenge Stakes on August 23.

“It was a super effort,” Johnson said. “It would be nice (to ride in the Makfi). I know she goes to the first leg of the spring carnival before possibly heading to Australia.”