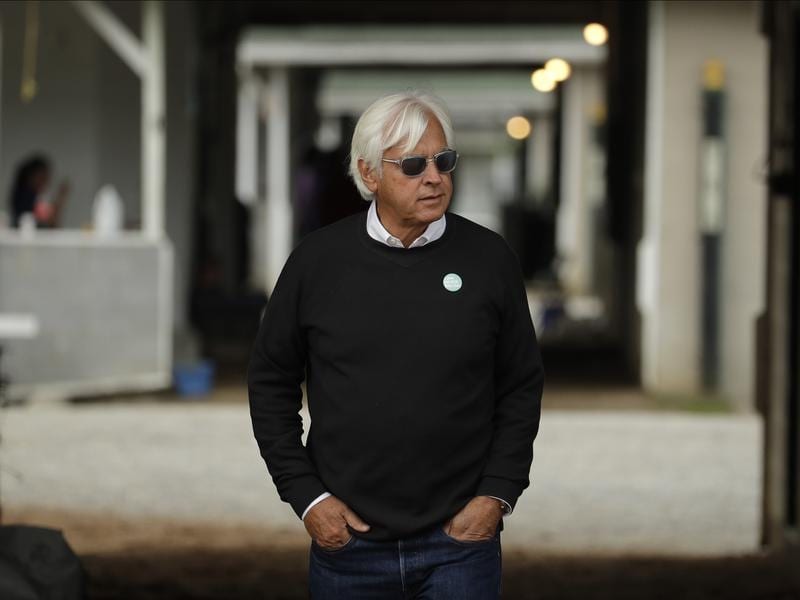 Two-time Triple Crown-winning trainer Bob Baffert has been suspended for 15 days by Oaklawn Park stewards and two of his horses were disqualified in Arkansas after testing positive for a banned substance.

The stewards said in a ruling that the Hall of Fame trainer’s suspension will run from August 1 until August 15.

They found Baffert violated Rule 1233, which states that a trainer shall ultimately be responsible for the condition of any horse that is entered regardless of the acts of any third parties.

His horses Charlatan and Gamine each tested positive for lidocaine in two rounds of testing after winning races at the Hot Springs, Arkansas, track on May 2.

The stewards disqualified both horses and stripped them of their purse earnings. Charlatan’s owners lost $US300,000 in purse money; Gamine’s owners forfeited $US36,000.

“We’re just very disappointed because we thought we put on a very compelling defence that it was innocent contamination,” Baffert told The Associated Press.

“We’re definitely going to appeal it.”

In a hearing before the stewards on Monday, Baffert and his representatives argued that the horses were accidentally exposed to lidocaine by assistant trainer Jim Barnes, who had applied a medicinal pain patch to his own back.

Barnes had previously broken his pelvis and the patch he used contained trace amounts of lidocaine.

The drug was transferred from his hands through the application of tongue ties on both horses, Baffert’s representatives said.

“People in the industry are aware that we haven’t done anything wrong,” Baffert told the AP.

Mike Marten, spokesman for the California Horse Racing Board, said it would honour Baffert’s suspension.

Under board rules, he would not be allowed in a track’s stable area and could not enter a horse; however, his horses could run in an assistant’s name.

Charlatan tested positive after winning a split division of the Arkansas Derby.

The three-year-old colt has been sidelined by a minor ankle issue that forced him to miss the Belmont Stakes on June 20 and will keep him out of the Kentucky Derby on September 5.

Gamine, a three-year-old filly who won an allowance race at Oaklawn, won her most recent start in the Acorn Stakes on June 20 at New York’s Belmont Park.

She romped by 18 3/4 lengths in stakes-record time.