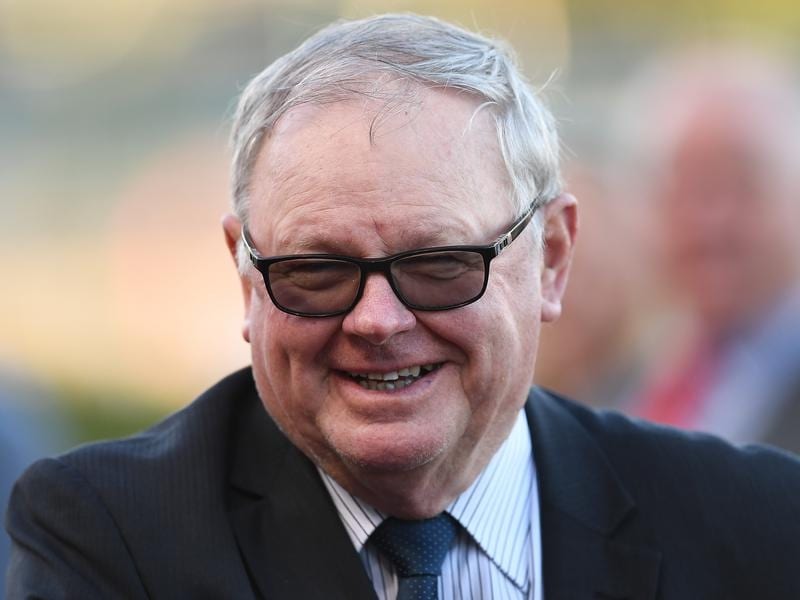 Champion NZ trainer Murray Baker will aim for a 5th win in the Group 1 Underwood with The Chosen One.

Caulfield Cup aspirations for The Chosen One will get another examination when the four-year-old strives to give champion New Zealand trainer Murray Baker his fifth win in the Group One Underwood Stakes at Caulfield.

The Chosen One began his Melbourne spring campaign in the Group Two Feehan Stakes at The Valley where he fought on well for fifth despite racing three-wide throughout the 1600m race.

He runs again in Sunday’s Underwood (1800m) and victory in the weight-for-age race would assure him a spot in next month’s $5 million Caulfield Cup (2400m) in which he has 52kg.

Andrew Forsman, who has been training in partnership with Baker in recent seasons and won the Underwood with Bonneval, felt there was plenty of merit to The Chosen One’s Feehan performance, his first start since winning the Group Three Frank Packer Plate (2000m) during the Sydney autumn carnival.

“He hadn’t raced for a while. He had a heap of improvement in him and he sat three-wide without cover,” Forsman said.

“I thought he was entitled to weaken out of it and he stuck to his guns really well.

“He’s going to be better once he gets up over a bit of ground and ridden with some cover.

“It will be a pretty tough assignment and I guess we’re just hoping if we could get him into a Caulfield Cup with a light weight, I think he would be very competitive.”

A day before the Underwood, the stable is set to have three-year-olds Quick Thinker and Rhaegar in the Group Three Gloaming Stakes (1800m) at Rosehill in Sydney.

That pair ran first and fourth respectively in the Ming Dynasty Quality (1400m) on a wet track at Rosehill on August 31 and are on a path towards the Group One Spring Champion Stakes (2000m).

“We’re really happy with how they are,” Forsman said.

“It will be a month between runs for them by the time they get back to the races and we probably don’t want too heavy a track, but they are shaping up well.

“All going well if they measure up in the Gloaming they will be heading to the Spring Champion.”