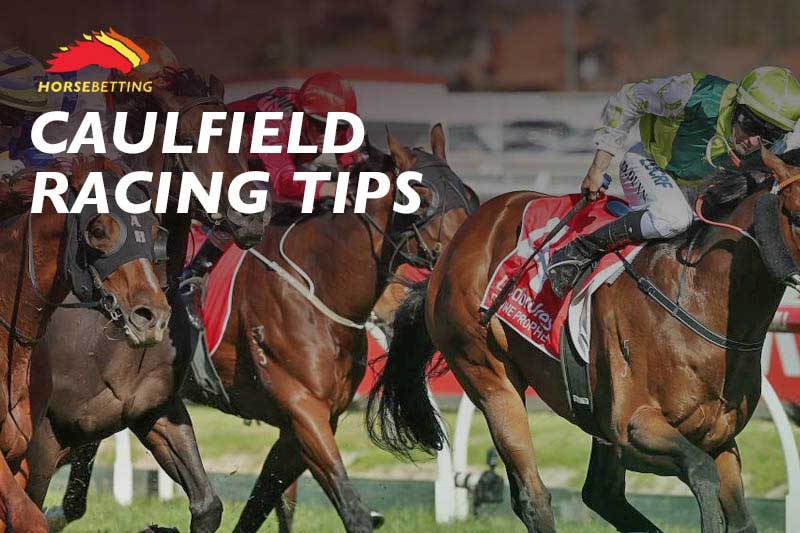 IT’S not often we see a racing fixture of this calibre on a Sunday in Melbourne.

October 1 at Caulfield is Underwood Stakes Day, which is shifted to a Sunday given the AFL Grand Final is on the day prior.

Punters have a nine race card in which to invest upon, which includes four group events including the eponyomus race and the Group One Sir Rupert Clarke Stakes.

Alongside the big fixtures, there is two prelude races which pits some sensational horses against each other to earn the right to race in future group ones.

There is plenty to get through so let’s dive straight in.

Portion Control comes into Sunday on the back of a freshen up. Prior to being turned out for just over a month the gelding was in terrific form, taking out a race at Flemington before narrowly missing out at Cauflield just shy of a month later. The team obviously believe the five-year-old thrives when fresh and given it has won at both the track and the distance we are optimistic of a strong performance.

The hat-trick seeking Steel Frost is racing in the form of its life. Winning back-to-back races at Morphetteville around the same grade as this race, the horse remains at a distance that it has won exactly half of its six starts at. The only queries are the additional 4.5kg on its last run and a Victorian debut, but the form suggests it will be right in the mix.

Motown Lil has the car park draw to contend with, but the speedy mare will be rocketing home late if given half a chance. Racing third-up where it has previously saluted in the past, the horse comes in off the back of a disappointing fifth at Mornington, but before that won stylishly at Sandown at the end of August.

Jumping from the inside draw is Darren Weir runner Quilista. The classy mare, which has a 91 percent placing strike rate, returns to a track and distance it has won at before, and comes in third-up, where it has also previously won at. Coming in off the back of a handy win at Caulfield and a third-placed finish at Morphetteville, the horse will be cherry-ripe for this one.

Hardham is the clear standout in this field. Coming in off the back of a strong win at Flemington, the horse has everything in its favour coming into this one, including the booking of Luke Nolen, who has missed the placings just once out of three attempts aboard the favourite.

Pablo’s Express looms as the main danger. The three and a half length win at Sandown at benchmark 70 level was enough to demand the respect here and although it is making its 2000m debut, the horse has shown a versatility that indicates the jump in distance will not be a problem.

In a wide-open affair Jacquinot Bay looks to be a solid candidate. The ten-year-old is racing in terrific form, finishing third twice and fourth a further two times across four runs. Is a breakthrough just around the corner for the old campaigner?

Our Century returns for the first time since March in a race that could be run to suit. Having previously won while resuming in the past the task will not be as ominous and the 2000m trip will give the six-year-old plenty of time to find a spot in the running and hopefully get a cheap run in transit.

Three-year-old filly Catchy is the clear-cut horse to beat in this field. Outside of a dismal performance in the Golden Slipper, Catchy has been nigh on unstoppable and barring a calamity it should be winning this one easily.

Shoals is a runner that continually gets underestimated. The undefeated filly just wins, plain and simple. Over the course of its four race career the horse has only once gone around under the $3 mark, but it gets the job done in spite of the odds.

The Freedman runner looms as the main danger in our mind to Catchy but we just cannot see the short-priced favourite going down.

The second of the two prelude races looks as cut-and-dry as the first.

Royal Symphony simply wins this race. The horse had every excuse not to win last time out after a horror-show of a run, but somehow managed to extract itself and find the line to maintain its unblemished record. The horse has immense class and the will to win that few possess.

New Zealand import Summer Passage is a runner that can surprise at massive odds. Racing second-up – where it has won previously before – the horse will much better for its Flemington run on September 16 and is a huge chance to place at the $4.80 price via Sportsbet.com.au.

We are finding it impossible to mount a case against Royal Symphony here, who we believe is a moral.

Hartnell will be looking to bounce back hard here after a disappointing performance in the Makybe Diva Stakes. Racing a little closer to the speed than the Godolphin team would have wanted, the six-year-old failed to fight off the fast-finishing Humidor as the post loomed. We are forgiving the run there however as the gelding looks to regain that winning momentum heading into the Caulfield Cup.

Star Kiwi runner Bonneval looks the biggest danger to Hartnell. Making just its second-ever Australian start at Moonee Valley a fortnight ago the four-year-old saluted in brilliant fashion, prompting Ladbrokes.com.au to move the mare into second favourite ($7) for the Caulfield Cup. How well the horse handles the track on Sunday could dictate just how short the horse jumps come the end of October.

A win on Sunday would hand Bonneval its sixth-straight success and we think it has the talent to overcome the short-priced favourite Hartnell in what should be an excellent group one race.

It is hard to believe that Scales Of Justice is not an even-money favourite coming into the race, but here we are. Finishing second behind Redkirk Warrior in a race where it almost fell over its own feet was remarkable and the former Western Australian superstar is well poised to add to its group one accolades.

Theanswermyfriend is a go-forward type that can be incredibly hard to run down. Getting out to a distance where it has never missed a placing, as well as a track where it has managed the same feat, the horse will have no issues overcoming barrier 11 and will provide a sight for our elect to run down. Theanswermyfriend is well worth the $2.50 on offer to place at WilliamHill.com.au.

We were loving the price around Scales Of Justice from the moment the market opened however, and we are making the gelding our best bet of the day.

Ability is hunting for a fifth-straight win and given the form it has been in recently there is no denying it has a definite shot at reaching the quintet of wins. The horse has never won at Caulfield but after recording wins at Flemington twice and Moonee Valley prior to that, the high profile tracks and the big races do not faze the five-year-old.

Rich Charm is resuming after a five month break and the horse has previously won first-up in the past. Returning to a track where it is unbeaten across two runs and a distance where it boasts a win and a third placing from three attempts, there is no reason to think a great run is not in the offing. Assisted by drawing barrier five, we believe the gelding has the talent to take this race out upon resumption.