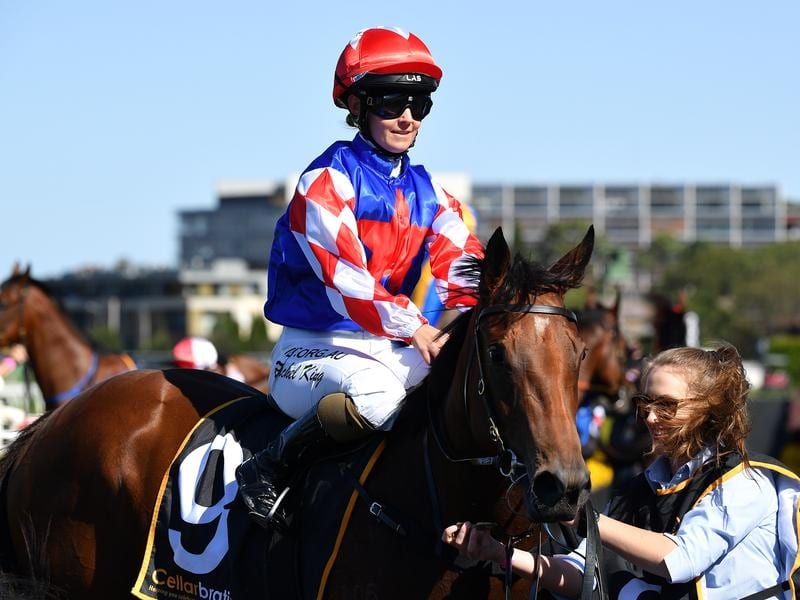 Unbeaten Macroura will be the only JJ Atkins runner for co-trainers Ciaron Maher and David Eustace.

Unbeaten filly Macroura is set to be the only runner for co-trainers Ciaron Maher and David Eustace in the Group One JJ Atkins.

Two-year-olds from the Maher and Eustace stable have been to the fore in a host of juvenile races during 2019-20 and Macroura gets a chance to cap the season with an elite-level win in Saturday’s 1400m race at Eagle Farm.

Already this season, juveniles from the Maher and Eustace team have won 30 races including 10 at stakes level, with Anders the most recent to add to that tally with a city victory at Rosehill on Saturday.

Anders had been mentioned as a possible Atkins runner but he will be saved for another day.

Away Game has contributed three stakes wins to the Maher-Eustace haul as well as a victory in the Magic Millions 2YO Classic.

A Group One juvenile win, however, has eluded the stable, with Away Game second in the Golden Slipper in March while they also finished second in the Sires’ Produce Stakes at Randwick with Prague, who was chased down by King’s Legacy.

Macroura has earned her shot at the Atkins with three wins from as many starts including her most recent in the Listed Woodlands Stakes at Rosehill.

“Her work has been very good and she’s on track.”

Macroura is scheduled to head from Sydney to Queensland later this week and Eustace said the filly had done a remarkable job so far this campaign.

“(Sydney stable representative) Annabel (Neasham) has kept her in good form and ticking over really well and hopefully she can go and do it again on Saturday.”

Maher and Eustace have last-start Group One Robert Sangster Stakes placegetter Bam’s On Fire in Queensland to run in Saturday’s Group One Stradbroke Handicap.