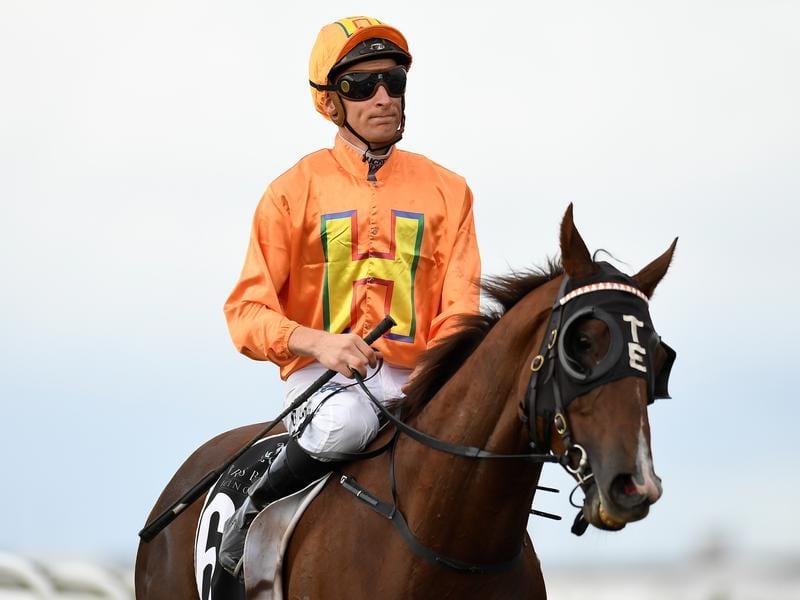 Tyzone needs a Stradbroke Handicap defector before acceptances to force his way into the race.

Gold Coast trainer Toby Edmonds is hoping his horse Tyzone makes the field for the Group One Stradbroke Handicap to save Queensland from not having a runner in its premier race.

There were 41 horses left in the Stradbroke, to be run on Saturday week, when first acceptances were taken on Wednesday.

There were no shocks at acceptance time with the 18 top horses in ballot order either trained in southern states or New Zealand.

BRC Sprint winner Tyzone, who has 53 kg in the Stradbroke, is No.19 in ballot order.

There are 18 runners in the Stradbroke with five emergencies.

Edmonds believes Tyzone has a genuine chance in the Stradbroke with his light weight.

“I obviously hope at least one drops out so we are assured of a run. Usually there is a few who drop out in the week leading up to acceptances,” Edmonds said.

Trainer Gollan is also hoping for a high attrition rate with his acceptances I’m A Rippa who is 20th on the ballot order and Outback Barbie who is 29th.

Other Queensland hopes Order Again and Niccanova are 30th and 31st respectively.